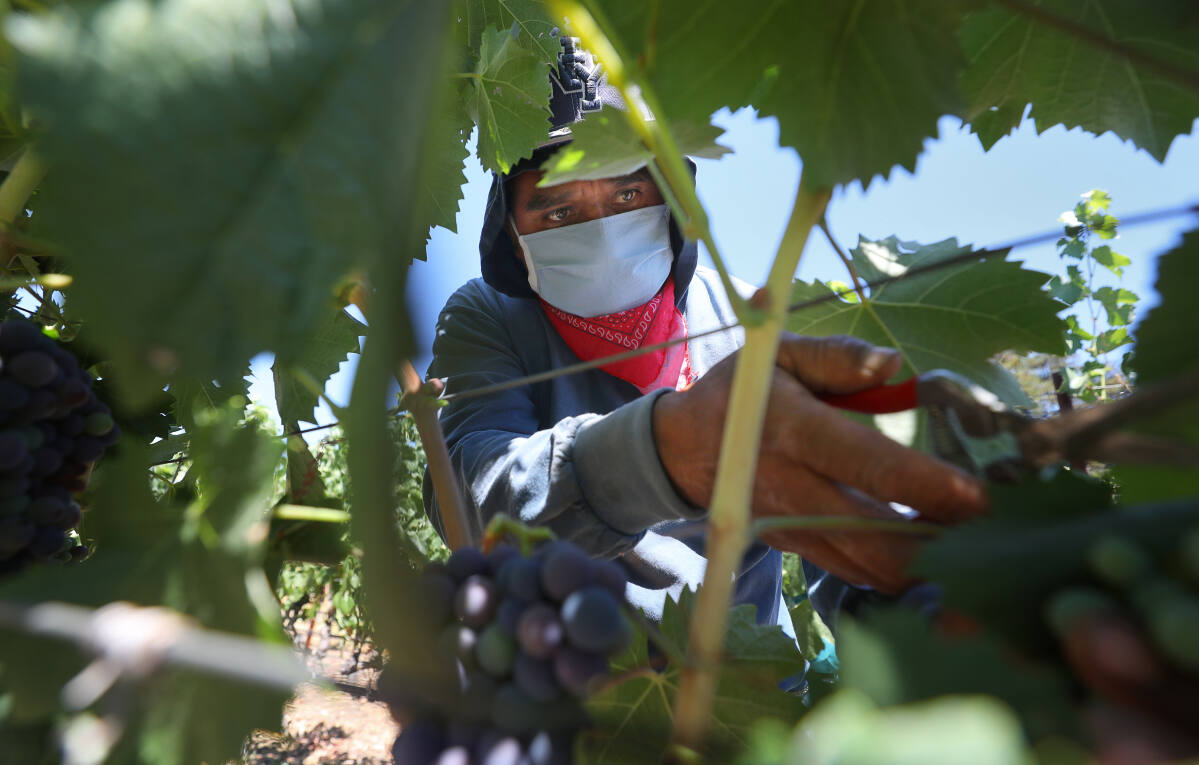 A local nonprofit is urging the Sonoma County Board of Supervisors to include protections for farm workers in the county’s Pending Evacuation Area Access Policy, which would determine when farm workers have access to land agriculture during forest fires and other types of emergencies.

The nonprofit spearheading that campaign, North Bay Jobs with Justice, will advocate for the inclusion of safeguards to benefit farmworkers at an event Monday evening outside the Sonoma County Administration Building.

The protections the group is seeking include hazard pay, disaster insurance — which would help workers who lose their wages as a result of an emergency — and linguistic justice.

The latter urges government agencies to produce and disseminate emergency safety information in major languages, including indigenous languages, spoken by some of the local farm workers in this area.

“The Sonoma County Board of Supervisors has yet to sit down and include workers in this process,” said Davida Sotelo Escobedo, spokeswoman for North Bay Jobs with Justice. “Monday will be when workers share their experiences of putting their bodies on the front lines of the harvest.”

The event, “Voices From the Frontlines,” begins at 5 p.m. outside the county offices at 575 Administration Drive in Santa Rosa. It will include a petition campaign asking for a commitment from county supervisors to include the proposed safeguards in an official policy by June 1.

North Bay Jobs with Justice has been working to put in place a series of protections for local farm workers since last year, following consecutive years of wildfires and other natural emergencies.

The group first approached members of the wine industry directly and also included two other demands in its demands: establishing community safety monitors to monitor whether employers are following national health and safety regulations ; and finally, that workers have access to drinking water and toilets.

The nonprofit, which works to achieve economic and racial justice for workers, said its comprehensive list of demands was developed from extensive surveys of farmworkers, who were asked about their experiences.

None of the roughly 100 wine industry companies that have been asked to respond to requests from nonprofits have officially done so, Sotelo Escobedo said.

This does not necessarily mean, however, that there has not been some level of response from representatives of wineries and vineyards in the county.

And more recently, amid continued efforts by farmworker advocates for worker guarantees, Sonoma Wine Industry for Safe Employees, a new coalition that champions the interests of local wineries and vineyard operators, has come to the fore.

In response to North Bay Jobs with Justice’s initial request for support, each county supervisor said they would be interested in a board discussion on farm worker safety.

On February 1, the council established an ad hoc committee to help develop an evacuation zone access policy that takes into account the needs and safety of farmers and their employees.

The committee will provide the oversight board with an update on its work on May 3 and a policy proposal could be presented as early as June, county spokesman Daniel Virkstis said. The group will also hold a meeting to gather feedback from members of the public on the policy in May, he added.

So far, about 80 businesses and organizations have signed the North Bay Jobs with Justice petition urging the Sonoma County Board of Supervisors to include the three demands in local policy, according to the nonprofit.

No borders – culinary, cultural and otherwise – at Meraki Syokudou