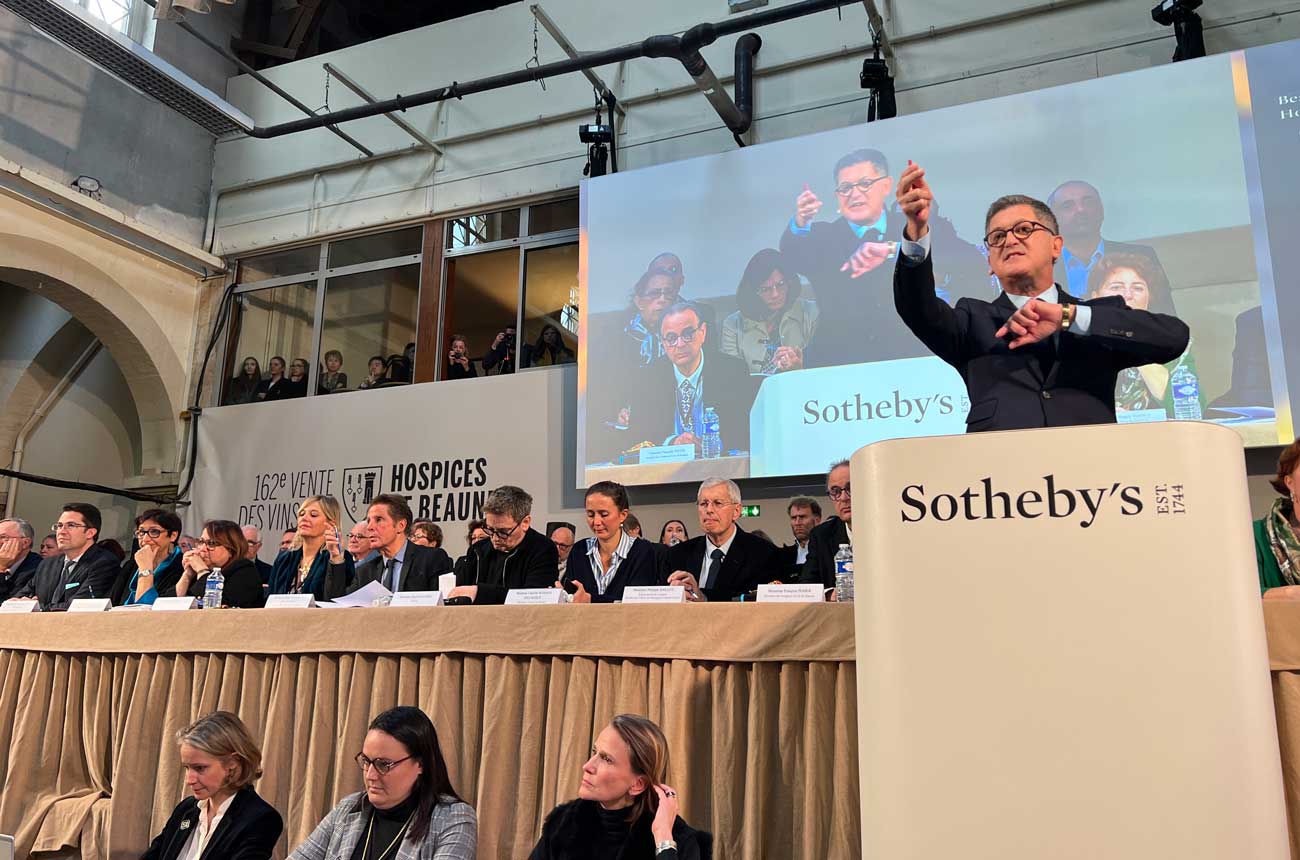 In what François Poher, director and chairman of the Hospices Civils de Beaune board of directors, called “historic and spectacular results”, the auction broke other records, including the highest total ever recorded for a charity wine auction and the record total of all wine auctions held by Sotheby’s. , according to the auction house that handled the sale.

The proceeds from the auction, which supports the upkeep of the Hospices Civils de Beaune hospitals, came from the sale of 802 barrels, divided into 620 lots of red wines and 182 white wines, the largest number of lots since 828 barrels were auctioned in 2018.

After the difficult 2021 vintage, the early buzz for the sunny and dry 2022 vintage probably contributed to very high prices. At a press conference the morning before the sale, respected French wine critic Bernard Burtschy proclaimed that there was “no doubt about the high quality of 2022”. He called it the “culmination” of greater precision in the vat room and the vines of the 60-hectare Domaine des Hospices since director Ludivine Griveau took over in 2015. “It’s the best vintage Hospices,” Burtschy said.

The auction also broke records for the special charity lot known as the Barrel of Presidents or “Piece of Presidents”, which sold for €810,000, beating the record set last year (800,000 €). Produced collectively by a group of Burgundy trading houses – Badet Clément, Albert Bichot, Groupe Boisset, Bouchard Père & Fils, Champy, Chanson, Joseph Drouhin, Faiveley, Louis Jadot, Olivier Leflaive, Patriarche and Veuve Ambal – the offer “paid homage” to the late Louis-Fabrice Latour, who died in September this year, said Pierre Gernelle, managing director of the Federation of Breeding Traders of Great Burgundy. Latour, a former director of the Maison Louis Latour trading house, was a leading figure in Burgundy and a staunch supporter of the auction.

Followed by television cameras, French journalist and writer Flavie Flament generated a lot of enthusiasm as she walked down the auction rostrum to the seated bidders, inviting them to raise the bids for the barrel of the presidents.

Tasting the wines a day before the sale, the overall impression was of ripe but not overripe reds with impressive structure, and fleshy whites with fine dryness and breadth.

Cooler terroirs, with deeper soils, generally do better in the vintage, which has lower than average acidity and a natural alcohol content of between 13.5 and 14%, notes oenologist Sébastien Lecomte, under – director of the Hospices. To help maintain freshness, the estate harvested early in the morning and stored incoming grapes in refrigerated containers, which was important for aromatic freshness, Lecomte explained. Yields – around 40 hectoliters per hectare for reds and 45 for whites – are high in 2022, but not as high as in 2018. Most grapes harvested in excellent conditions for three weeks from August 25 to September 16 were the workers threw at most four percent of the grapes on the sorting tables.

George Lacey, Sotheby’s head of wine for Asia, praised director Griveau for managing to retain “an enticing acidity married to the richness and brilliance of the fruit”. While many whites showed meaty and peachy characteristics, the most successful ones also displayed zip. For example, Lanlay’s Meursault Premier Cru Les Charmes Bahezre has been favorably compared to Meursault Premier Cru Les Charmes Albert Grivault. Indeed, Lecomte confirmed “a little more acidity” in the old wine, which the waiters described as “very appreciated”.

During the press conference preceding the sale, Ludivine Griveau underlined the importance of the month of June, during which three episodes of rain – up to 100 mm in Gevrey Chambertin – restored water reserves to what she called it “acceptable levels,” which probably explains why the vines were resilient until harvest time. Indeed, Burgundy expert Jasper Morris MW said: “If those rains hadn’t arrived, I think there would have been serious problems for the vintage.”

The contrast to 2021 was clear to most who tasted the wines. “In 2021, I didn’t need to go to my dentist for a teeth cleaning,” noted wine writer Michael Apstein, comparing it to the friendlier 2022. Morris said the 2022 vintage was reminiscent of the 1999s: “You get impressive structure, but at this stage the ripe fruit covers it, and yet we don’t encounter any overripeness that you might see on some wines from 2018, 2019 and 2020.’