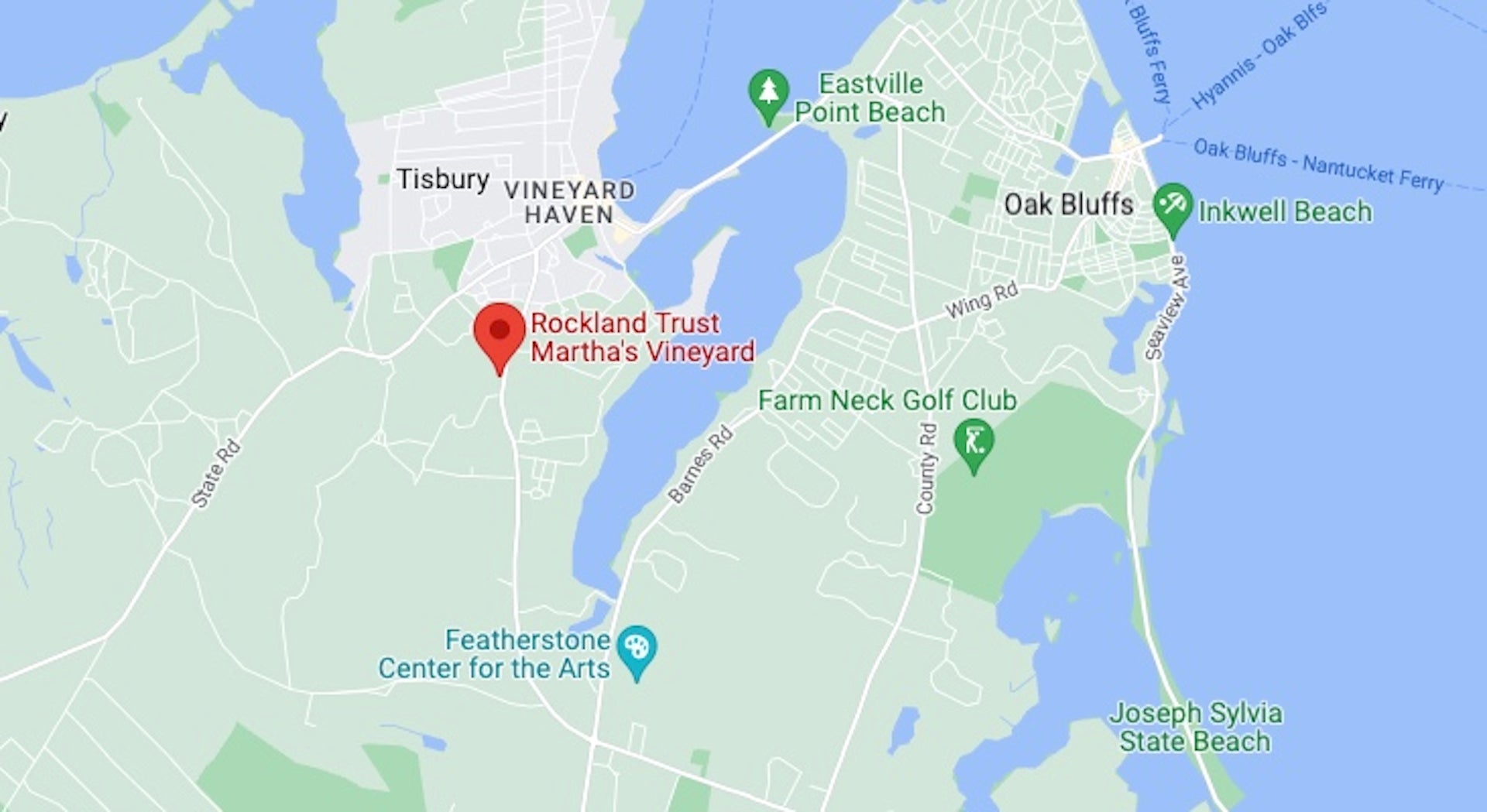 Tisbury Police Chief Chris Habekost told the Vineyard Gazette that the robbery took place around 8:15 a.m., when three people armed with handguns entered the building. They tied up bank staff and escaped in a stolen vehicle, which later ended up near the Manuel F. Correllus state forest, the outlet reported.

No one was physically injured.

In a later Facebook Publishthe Tisbury Police Department confirmed it was receiving assistance from the FBI and the Massachusetts State Police.

The theft took place at the Rockland Trust at 257 Edgartown Road in West Tisbury, according to FBI spokeswoman Kristen Setera.

“The FBI is responding to the scene and assisting our law enforcement partners in the investigation,” Setera told Boston.com. She declined to comment further, citing the ongoing investigation.

Habekost said Martha’s Vineyard Time that police were watching the ferry terminal. The Steamship Authority provides a service from Vineyard Haven to Woods Hole in Falmouth.

In progress police activity reported in Falmouth is linked to the theft, a senior law enforcement source said NBC10 Boston.

Falmouth Police said there is currently an active police incident scene on Jones Road. The road will be closed between Gifford Street and Davis Straits, the department said.

“Schools in the area have been sheltered in place as a precaution,” Falmouth Police wrote on Facebook, asking community members to avoid the area. “There is currently no immediate danger to the general public.”

Stay up to date on all the latest news from Boston.com