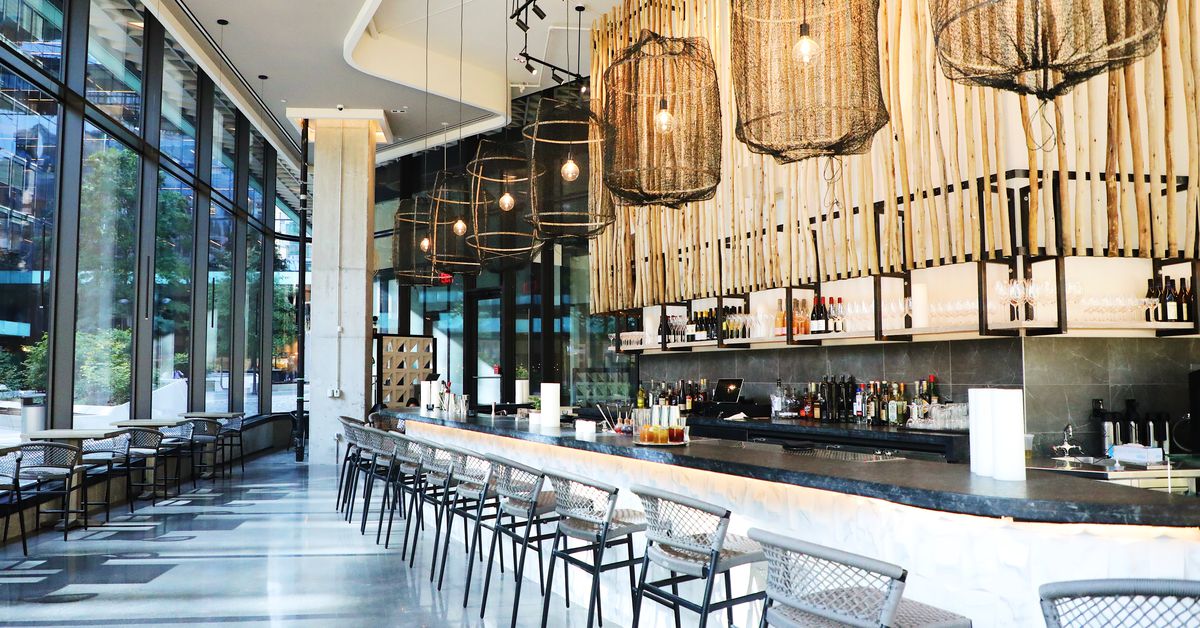 Michelin-starred chef Nicholas Stefanelli is doubling down on Midtown Center this week with the addition of a stylish Greek wine bar called Kaimaki.

The laid-back, neighborly counterpart to its fixed-price centerpiece Philotimo opens Thursday, June 2 (1100 15th Street NW) with a menu devoted to Greek wines, street food and experimental cocktails. While his acclaimed restaurants Officina and Masseria showcase his Italian roots, Stefanelli taps into the Greek side of his ancestry at the chic new center of Midtown.

Named after the top layer of Greek micro-bubble coffee, the walk-in Kaimaki seats 12 at the bar and another 25 at high tables facing floor-to-ceiling windows. The hours are Tuesday to Thursday from 5 p.m. to 11 p.m. and Friday and Saturday from 5 p.m. to midnight.

An extensive list of Greek wines highlights lesser-known regions and labels that Stefanelli has selected from trips throughout the Mediterranean country and its idyllic islands.

On the snack side, a section of some meze served at Philotimo includes dolmades (stuffed grape leaves), bean fritters, loukoumades (bite-sized fritters), Greek cheeses and charcuterie. There are also big portions of fries, a Greek staple served with gyros and souvlaki.

In the coming months, Stefanelli also plans to roll out Greek coffee, lunch service and take-out offers. Kaimaki is available for private events and can accommodate up to 75 people for stand-up receptions. The Midtown Center complex continues to fill up, between the recent arrival of the Little Chicken basted fried poultry pad and the upcoming opening of the all-day Ākēdo of the modern Japanese izakaya Shōtō.