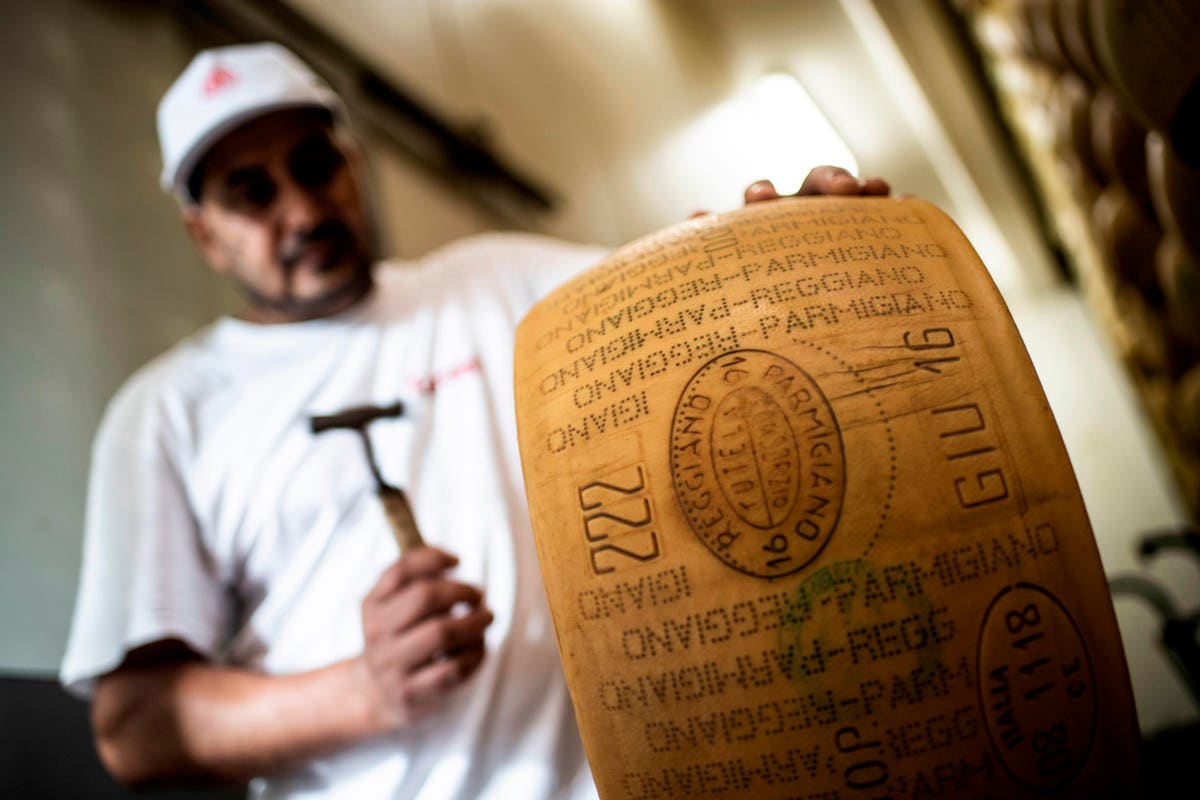 The Italian cheese consortium has announced that it is taking steps to tackle the hugely lucrative counterfeit parmesan market.

Parmigiano-Reggiano, an aged hard cheese, has become an icon of Italian gastronomy. But it has also spawned a thriving spin-off market for faux Parmesan cheese.

A Fraudulent Cheese Market Worth Billions

Parmigiano-Reggiano is one of Italy’s most renowned food products. It is made in the northeastern region of Emilia-Romagna in the regions of Parma, Reggio Emilia, Modena, Bologna and Mantua. In 2021, cheese sales reached approximately $2.7 billion.

But the fake parmesan trade is almost as important. The Parmigiano-Reggiano Cheese Consortium, an organization fighting to protect the authentic product, estimates the knock-off market is worth $2 billion – not far off the mark.

With huge sums at stake, the consortium announced that it was introducing measures to combat counterfeit parmesan cheese.

Later this year, the consortium will begin adding tracking chips to real Parmigiano-Reggiano. For starters, 100,000 wheels of cheese will have the tiny tracers embedded in the casein label.

It is hoped that these devices will allow the group to easily identify genuine cheeses from counterfeits. If the experiment is successful, the chips will become a permanent feature of production.

How to spot fake parmesan?

Real Parmigiano-Reggiano is made from just three ingredients: locally produced milk that is less than 24 hours old, salt and rennet (a natural enzyme extracted from calf intestine). It has the status of protected origin destination, which means that it can only be produced in particular areas of the Emilia-Romagna region.

In the United States, supermarket shelves carry cheeses with names such as Parmesana, Parmabon, Real Parma, Parmezan, and Parmezano. This is a sure indication that the product is far from genuine.

But many imitation versions will also simply be labeled parmesan, the direct translation of Parmigiano-Reggiano. This is because the name is not regulated outside of the EU in countries like the United States.

However, often cheeses claiming to be 100% Parmesan might be nothing of the sort. Many producers add clever ingredients like potassium sorbate, cheese cultures, and cellulose, which is basically wood pulp.

Fight against food fraud made in Italy

Italy is known to be very protective of its made-in-Italy food products. Recently, the name of a Croatian wine sparked a dispute in the northern Veneto region. This region is famous for the production of prosecco, a sparkling white wine now sold all over the world.

Tempers flared in Italy when Croatia sought EU recognition for its prosek wine. Despite the similar name, the amber-tinged sweet wine has little in common with the Italian sparkling wine. Prosecco producers, however, protested that allowing the name prosek would confuse consumers.

The right wines for a Father’s Day barbecue