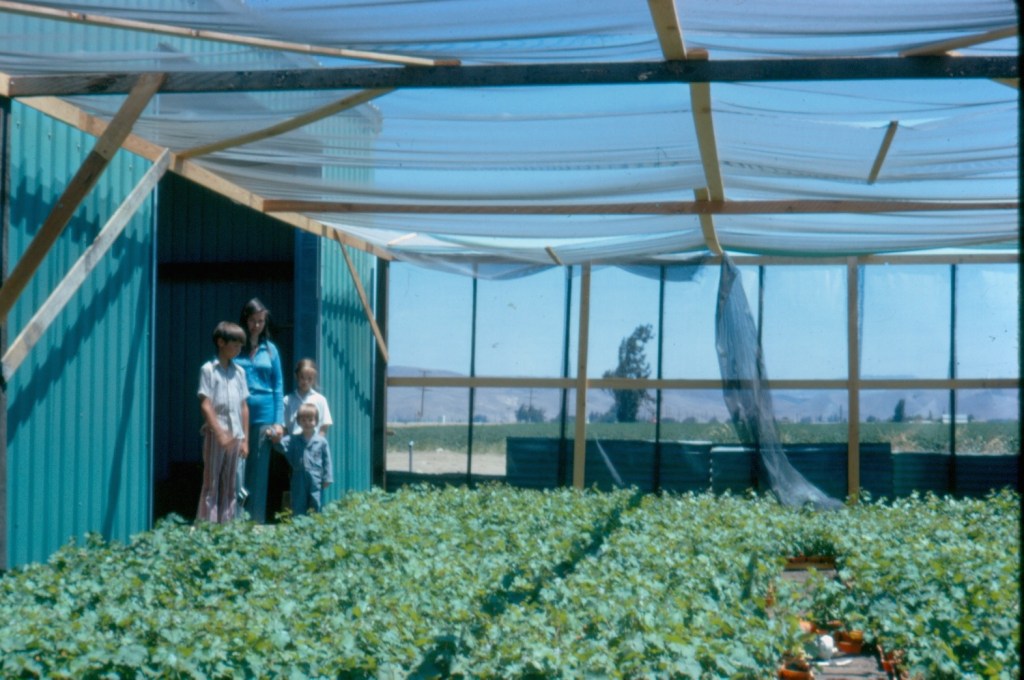 “It was a pretty hot day in the 70s. There’s a picture of the family, with my brother Lawrence, my sister Cynthia, me and my mother in the shadehouse.

The shadehouse was essentially a transitional environment for the already leafy vines from a nursery in the Central Valley, where it was considerably warmer and more hospitable for growing grapes. These vines had no idea what they were used for in the cool, windswept cobblestones of Arroyo Seco, where farmers mainly grew beans and broccoli.

Among the vines the Lohrs planted in 1972 were Riesling and Valdiguié, two varietals that have long been part of the J. Lohr portfolio. When they planted Valdiguié, they thought it was Gamay Noir, very popular at the time, and not the French grape variety popular in Langeudoc for its exuberant yields and juicy red fruit.

Lohr explains that the French government began restricting the use of the term “gamay” in the 1990s. Genetic testing informed the Lohrs that they were growing Valdiguié, which has more color and fruit than gamay.

“There are less than 10 growers here in California,” says Lohr, “and we’re the biggest. It is one of the rarest grape varieties.

Called “Wildflower”, the J. Lohr Valdiguié was extremely popular until the advent of red blends about 20 years ago.

Made in a Beaujolais style, the J. Lohr Valdiguié 2021 is a light and refreshing terrace drink that goes well with crab cake remoulade, sun-dried tomato and goat cheese ravioli or croque Monsieur. Or fries and salsa.

For the 50th anniversary of its plantation, the Lohr family decided to put this wonderful drink, along with its sweet sister Riesling, in a screen-printed package in a separate tier called Monterey Roots. At $13 a bottle, they’re worth the effort to pick them up by visiting https://www.jlohr.com/wines or dropping by the tasting room on Lenzen Avenue in San Jose’s Rose Garden neighborhood.

“The Monterey Roots level gives us the opportunity to have a different conversation with buyers and allow these wines to stand out on their own,” says Lohr.

J Lohr’s annual wine production is impressive: 1.8 million cases in total, including 1 million Cabernet Sauvignon, mainly from Paso Robles. Their Flume Crossing Sauvignon Blanc is so popular that they barely keep up with demand, and their chardonnays, both Arroyo Vista and October Night, continue to enjoy a healthy reception.

But it’s the Monterey Roots that J. Lohr is celebrating this year.

Putting the long-popular Bay Mist Riesling in new packaging and taking a slightly different approach to making the 2021 vintage gave the wine an elevated presence, both in the bottle and in the glass.

“The label of the wild wave crashing on the coast is inspired by the beauty of Monterey County,” says Lohr. “Arroyo Seco, where Riesling is grown, is influenced by the cool winds that come directly from Monterey Bay, which slows sugar buildup, allowing us to get fully ripe grapes.”

Valdiguié’s packaging includes Monterey lupine, poppies and the Checkerspot butterfly. The artwork for both was created by Bergen Glass, where the screen printing was done.

Lohr says these wines aren’t widely available in grocery stores anymore, but he hopes to change that.

“When Moscato came online it killed Riesling as a category and our shelf locations were eliminated. But Moscato is now on the decline, giving way to Riesling.