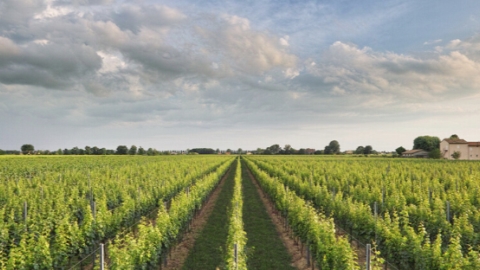 There is already too much hate in this world. Growing up, I was taught that you can hate something but never hate it. Years ago, polite society frowned upon the use of the word hate or other terms that denote extreme negative emotions. Despite my upbringing, in the passionate worlds of food and wine, there is no shortage of love and hate.

For example, my scholar friends from the Shanghai Daily introduce cilantro. Technically an herb, cilantro are the leaves of the coriander plant in the parsley family Aplaceae. The seeds of the plant are a popular spice. The fun thing about cilantro, aka Chinese parsley, is that people either love it or hate it. The former praise the uplifting, fresh, lemony, tangy citrus taste of cilantro, while the latter claim that the herb tastes smelly soapy. As with most things, science has an answer.

The majority of cilantro enemies have a rare gene which is hypersensitive to the aldehyde chemicals in cilantro and hence they find the herb obnoxious and repulsive. Despite the strong dislike of this group, Cilantro has many loyal fans across the world.

Originally cultivated over 7,000 years ago in the eastern Mediterranean, cilantro quickly spread to Asia along the earliest trade routes and was introduced to America by the Spaniards in the early 16th century. . Today, love-hate herb cilantro is a mainstay of Chinese and Asian cuisine, as well as one of the most important herbs in Central and South American cuisine.

The world of wine also has its fair share of wines that we love and hate. One of the best examples is a noble French grape that only became truly popular in a less serious and more friendly Italian demonstration.

The Pinot Gris vines in Burgundy and Champagne did not tolerate hybrid grafting on the pest resistant American rootstock. Due to this and the general temperamental nature of Pinot Gris, in Burgundy and other important regions the grape was gradually abandoned and replanted with vines of Pinot Noir and Chardonnay. Fortunately, the strain has found new life in the cooler climates of the Loire Valley as well as in northern Italy.

Due to their commercial success, wines labeled Pinot Grigio are now also produced in several New World wine regions across the world, but many of the best examples come from the cool climates of northern Italy, where this popular style is native.

The largest producer is the amalgamated region of Friuli-Venezia Giulia DOC. Located in northeastern Italy, bordering Austria to the north and Slovenia to the east, this sprawling region produces a wide range of white, red and sparkling wines. To limit real estate on the label, many DOC Friuli Venezia Giulia wines simply indicate the geographic origin as Friuli or one of the other sub-regions.

In Friuli Venezia Giulia, Pinot Grigio makes up around 25 percent of plantations, followed by Merlot, Friulano, Chardonnay and Sauvignon. Unusual for Italy, white wines dominate and represent over 75 percent of total production. The region has three DOCG and ten DOC appellations.

The vast region has a variety of topographies and climates, but it is predominantly hilly and has a cool continental alpine climate to the north and a slightly warmer Mediterranean climate to the south.

The vine has been cultivated since ancient times, when the region was a vital hub on ancient trade routes to the Near East. The Roman Emperor Julius Caesar was said to be a fan of wines from Friuli Venezia Giulia, as was the famous Roman poet, philosopher and drinker Pliny the Elder. From the beginning to the middle of the 19th century the region was part of the Austro-Hungarian Empire and during this time the winegrowers of Friuli Venezia Giulia made wines from almost 400 different grape varieties.

The late 19th century phylloxera epidemic decimated the diversity and production of wine in Friuli Venezia Giulia and it took almost a century for the region to regain its wine-growing importance. During the last two decades of the 20th century, the explosive international popularity of Italian Pinot Grigio wines from Friuli and neighboring Italian regions transformed Friuli Venezia Giulia into one of Italy’s most dynamic wine regions.

In Shanghai, we are fortunate to have several great Pinot Grigio wines on the market. One of the best is the elegant Italo Cescon Friuli Pinot Grigio DOC, a wine that has enjoyed around six months on lees. At 12 percent alcohol, this is a light to medium wine with elegant aromas of peach and citrus with spicy notes and a fresh, uplifting palate. Italo Cescon also produces wonderful Pinot Noir, Sauvignon and Riesling wines, as well as my favorite Muller Thurgau.

To best feel the natural fruitiness of Pinot Grigio wines while accentuating their aromas and freshness; its best to serve wines chilled, around 6-8 degrees Celsius. It is also a good idea to consume Pinot Grigio wines within two or no more than three years after the vintage.

Spend a tonic new year with balsamic vinegar of Modena

7 reasons Holland America is one of my favorite cruise lines