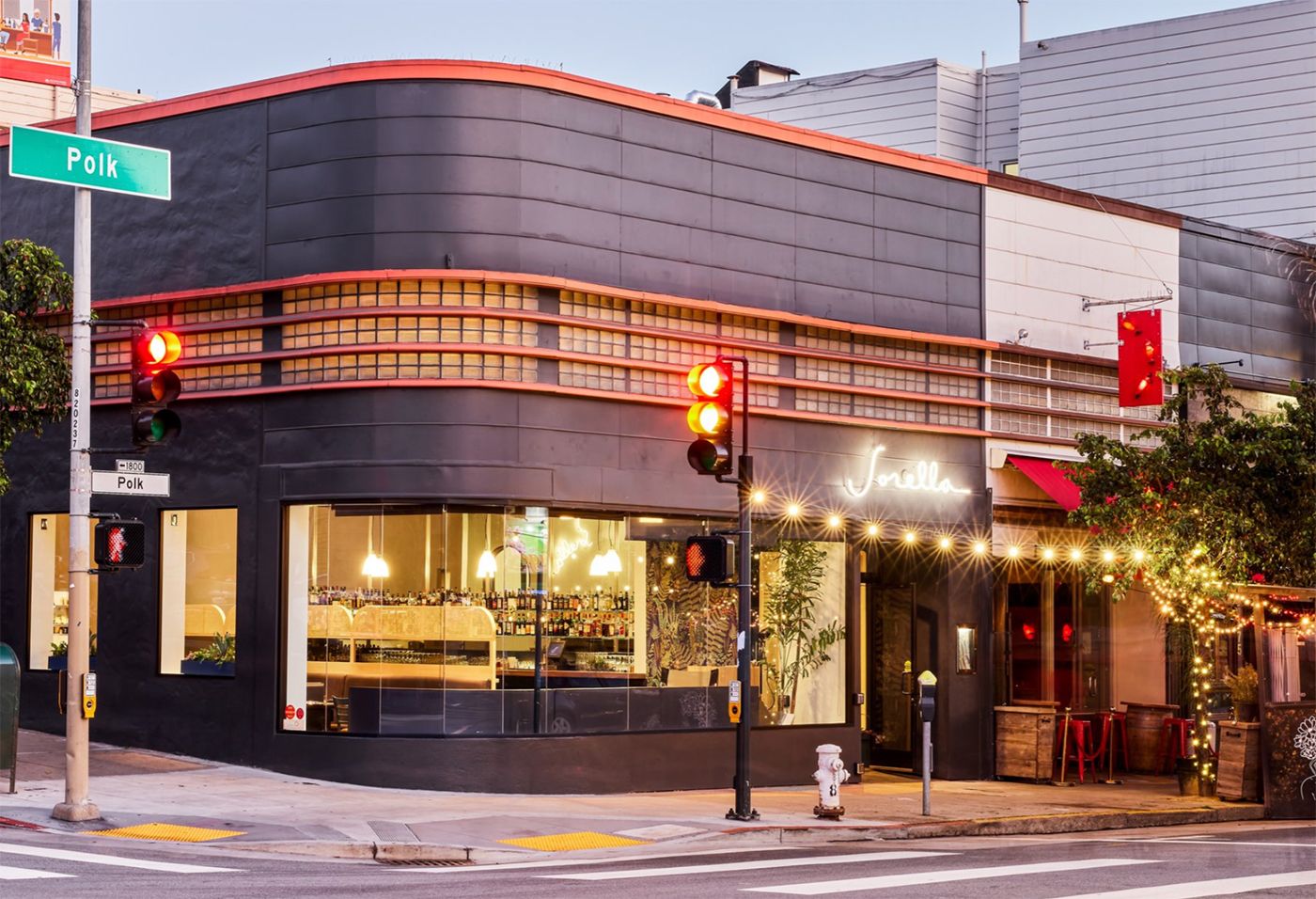 Recently remodeled with a new concept, Acquerello’s six-month-old sister restaurant in Polk Gulch is a winner, offering Acquerello-level pastas and great bar snacks along with cocktails, fine wine and an extensive selection of amaro.

San Francisco never hurts for great pasta, and our wealth and breadth of options means there are multiple echelons and regional styles of pasta experiences to explore. Mark Bittman of The New York Times noted a decade ago that San Francisco’s historic Italian immigrant community had given way to deep ties to Italy – and it’s no mistake that what has become known as “California Cuisine” is essentially an “Italian-dominated Mediterranean” cuisine, as Bittman puts it. And so, he argued that San Francisco may be the “best city in the world for regional Italian food” – like a city-sized food court where you can sample many regions of Italy on same day, something you can’t even really do in Italy.

Bittman noted the devotion to authentic Piedmontese cuisine at Perbacco, terrific Sardinian cuisine at La Ciccia, and Neapolitan and Roman dishes at Delfina and Delfina Pizzeria. But there are many other examples of SF restaurants that have gone deep into the regions of Italy, including Da Flora of North Beach (Venice), SPQR (Milan and other regions), Montesacro Pinseria (Rome), Locanda (RIP, Rome), Cotogna (Emilia-Romagna, Bologna and others), A16 (Campania, Puglia, Naples), Caffe Sport (Sicily), Liguria Bakery and the old Farina (Liguria).

Acquerello – which has earned longtime chef Suzette Gresham two Michelin stars – has always been more luxury-focused in its northern Italian cuisine, and much like Quince will offer unique, artisan pastas in rich sauces. and nuanced to complement other premium products. Classes.

At Sorella (meaning “sister” in Italian) on Polk Street, the team, led by Executive Chef Denise St. Onge – with the help of Executive Chef Acquerello Seth Turiansky, to whom St. Onge is also married – pivoted away from the international amalgam which was 1760 (previous incarnation of space). Perhaps wisely, they’ve doubled down on Italy, offering a small plate menu, divine pastas and a handful of larger-format entrees, widening the width of the bar by a few feet to accommodate more of a standing crowd. on busy weeknights and weekends.

The focus is on the ritual culture of the Italian aperitif, with a selection of cicchetti (like tapas or bar snacks) only available at the bar – and the cicchetti themselves are a product of Venetian bar culture , served in bacari or wine bars.

It all makes for a fun cocktail experience if that’s all you’re there for, and the bartenders are well-versed in the huge selection of Italian spirits, including Italian-made gins and plenty of amari. The cocktail menu includes an amaro highball, as well as a terrific amaro sour, frothed with rye, averna, lemon, sage syrup, creme de violette and bitters.

But damn, the pasta. Most of us can’t often swing the potentially thousand dollar bill that comes with dinner at Acquerello. Luckily, Sorella now serves pasta that is good and interesting enough to feature as a dish in her more sophisticated, older restaurant — and dare I say more unique and intensely flavorful than most pasta you can find in San Francisco. .

The menu will change with the seasons, but spring selections include Heavenly Spring Pea Cappellacci – a hat-shaped stuffed pasta traditionally from Ferrara in the Emilia-Romagna region and traditionally filled with pumpkin – stuffed with mashed peas and served here with miso, pecorino fiore sardo, dill and poppy seeds. The squid ink linguini are served in a rich and spicy sauce with lobster and tomato confit. Stuffed and perfectly delicate agnoletti are stuffed with short ribs and are served in a buttery sauce with morels, fava beans and black garlic. And the fiorentini – another uncommon form, much like a torn and twisted rigatoni – is served with saffron and Berber-spiced lamb bolognese, with peppercorn soffritto and ricotta salata on top.

Hopefully one dish that will stick, as it is arguably the star of the show, is the dry-aged beef timbale – a multi-layered, lasagna-like creation with an umami-rich meat mixture interwoven with thin sheets of pasta, topped with Comté cheese, and served on a rustic tomato sauce. If it wasn’t so rich, I’d say I could eat three in one sitting.

There are also larger dishes like lamb osso bucco and a grilled pork chop, but these are only meant to be eaten in a group or if someone is paleo.

I don’t believe there is another restaurant in town where you could have a walk-in pasta experience of this caliber, sitting at the bar with a delicious Italian red or an appetizer. Most of the other options are either more basic, pasta or much less laid back in terms of atmosphere and what is expected of you.

So, for that reason alone, we can be thankful that this new restaurant is coming to us, giving San Francisco another angle on Italy that we didn’t know it needed.

For budgetary reasons, SFist editors and contributors occasionally accept free meals from restaurants and their publicists. More often than not, we pay for our meals out of pocket. While we most please refrain from writing formal reviews, we strive to be objective when reviewing restaurants and focus more on food and ambience than service to compensate for any potential bias.