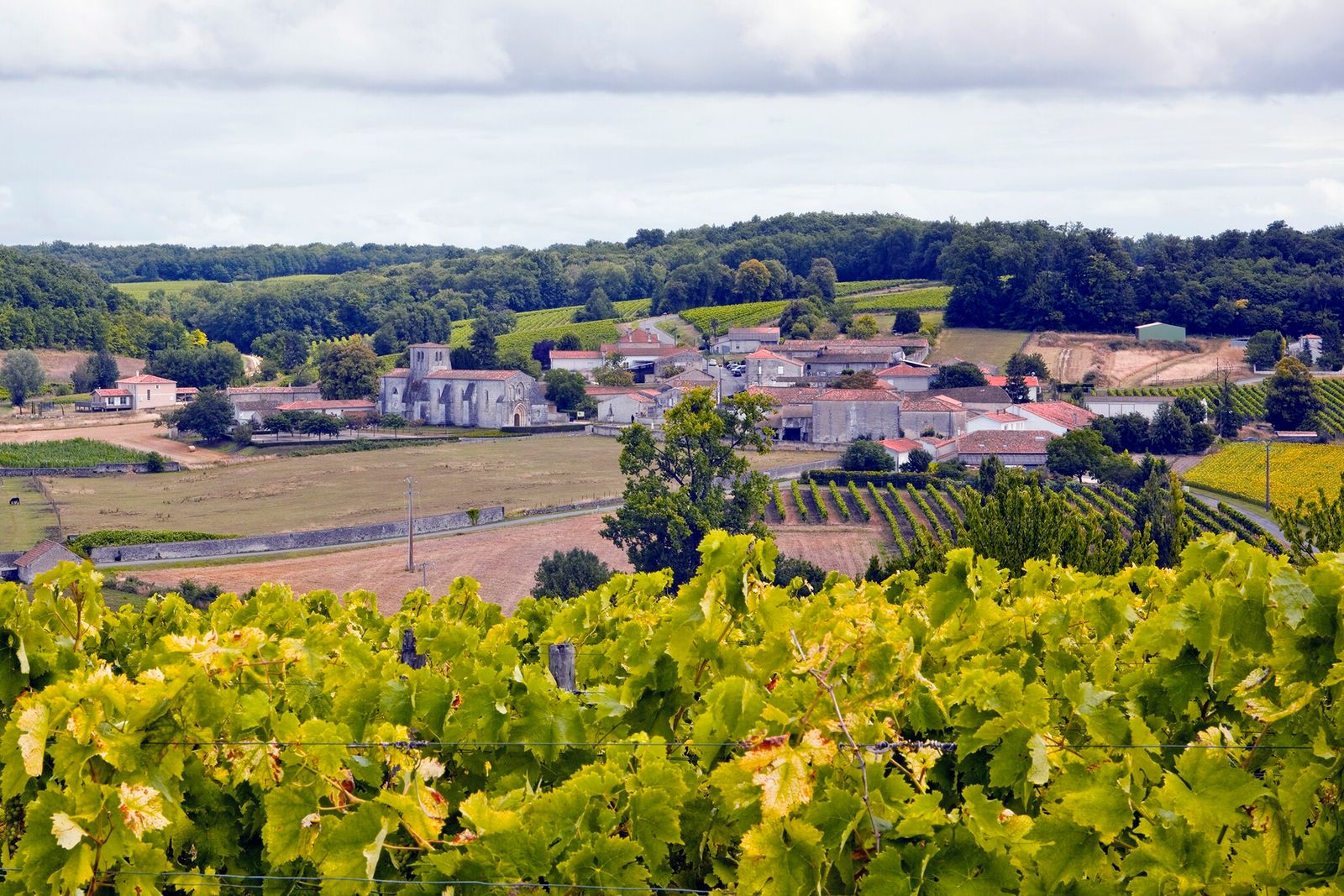 Cognac is France as seen on postcards – a patchwork of vine, corn and sunflower fields dotted with stone churches and vine-covered hamlets. The southwestern region of France is best known for its eponymous eau-de-vie, but has recently caught the attention of foodies, with chic restaurants that combine seasonal produce from here and abroad. On March 22, the country’s brightest culinary talents head to Cognac for the announcement of France’s Michelin stars – the first time the ceremony will take place outside of Paris – but its distilleries, restaurants and other foodie attractions are worth a visit. all year.

Amandine Bernanose was once a dance teacher; today, head of service at Poulpette, she presents the energetic creations of her partner, chef Antoine Vernouillet. A steel counter, neon artwork, and handmade tableware make Poulpette feel more cafe than gourmet — but the short, rotating menu is Michelin-worthy, with produce largely sourced from a single organic producer. Expect market-fresh plates such as pink beef tenderloin with a quenelle of mashed celeriac, topped with a sprinkle of dill. The desserts, meanwhile, present ordinary ingredients such as blueberries and basil in extraordinary ways, and the reasonably priced French wines make excellent pairings. Dishes from €19 (£16).

The heart of the town of Cognac is its covered market, where elderly locals in Breton striped tops meet for a coffee and a catch-up. Inside the iron-roofed structure, designed by architect Victor Ballard in the style of 19th-century covered markets, you’ll find crates of French and Icelandic oysters, bouquets of tulips and lilies, big bunches of carrots and glazed eggplant. A popular local pastime is to buy a selection of cheeses, a baguette and a bottle of pinot noir to enjoy on one of the long tables or beside the Charente river. 16-20 Place d’Armes, 16100 Cognac; open until 1 p.m. from Tuesday to Saturday.

Read more: A taste of France in six glasses

Major cognac brands rarely grow their own grapes, relying instead on thousands of boutique distillers, who supply them with a sour brandy – a white wine made largely from ugni blanc grapes – from which they make their brandy. However, Maison Painturaud Frères, founded in 1934, produces its own eau-de-vie (in addition to supplying mega-distiller Rémy Martin), and its distillery – which has been owned by the same family for generations – offers tours and tastings. Brothers Emmanuel and Jean-Philippe Painturaud sell their local cognacs alongside Pineau de Charentes, a blend of cognac and grape juice enjoyed as an aperitif. Tour and tasting €6 (£5), by appointment only.

Cognac production isn’t the only destination for ugni blanc grapes – they’re also sourced by local balsamic vinegar producer Le Baume de Bouteville. The distillery is 21 km east of the town of Cognac and is run by friends Lionel Sack and Cédric Reynaud, who make the vinegar by heating grape juice before aging it in oak barrels. The result is a cognac-like balsamic with a lower sugar content than Italian varieties. Samples available to taste range in age from three to 10 years; it is also possible to pair them with French and Irish oysters from neighboring producer Huitres Cocollos. Tours include nearby Chateau de Bouteville and tastings for four €36 (£30) or €80 (£67) with oysters.

The Hotel Chais Monnet & Spa, where this year’s Michelin delegates are staying, is a destination in itself. This 92-room former cognac house has its own Michelin star, for the Les Foudres restaurant. Here, chef Marc-Antoine LePage concocts works of art from unusual pairings: pigeon breast, beets and blackberries, or line-caught wild turbot, baby carrot purée and Philippine calamansi. For more casual French cuisine, La Distillerie brasserie — also in the hotel — serves dishes such as parsley snails, as well as pungent pastries. The spa, meanwhile, offers a signature treatment that includes a foot scrub with Charente salt and grapeseed oil. Doubles from €290 (£244), room only; dishes at Les Foudres from €42 (£35) and at La Distillerie from €16 (£13).

Is investing in wine the right decision for oenophiles?