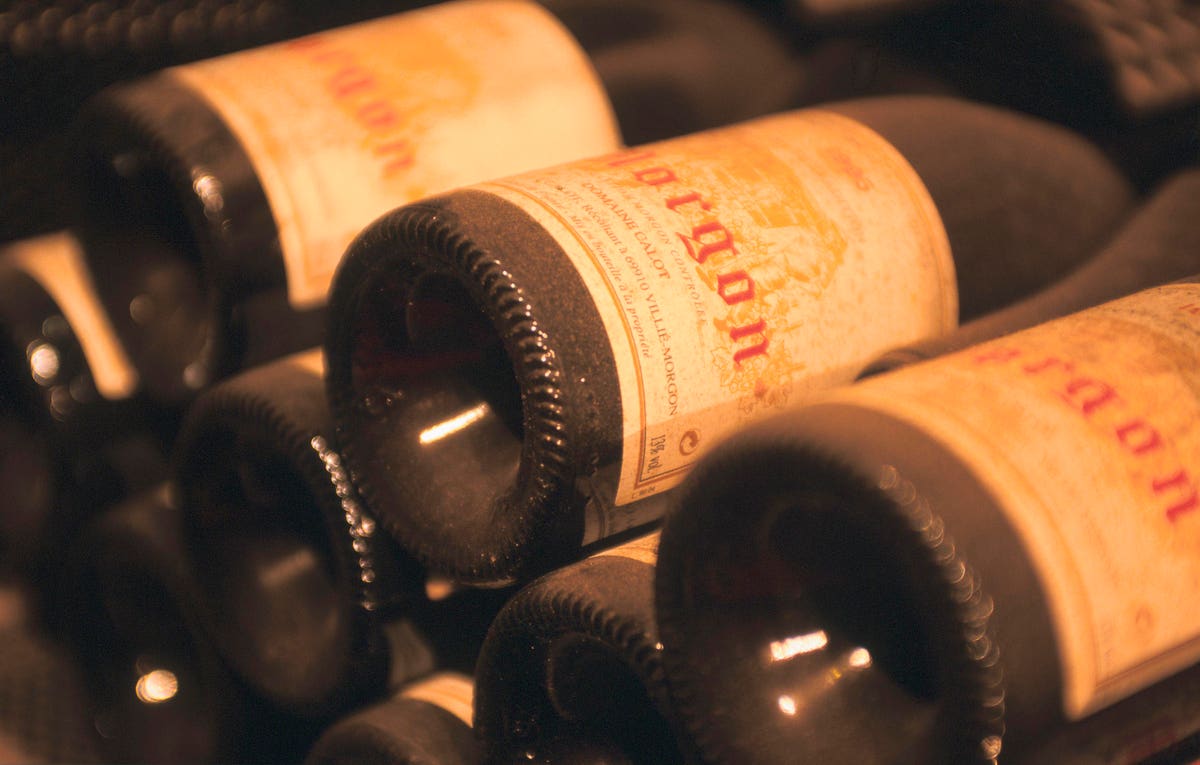 The mystique of famous Burgundy wines from the Côte d’Ôr and Côte de Nuit like those of Domaine Romanée Conti, which can easily sell for $1,000 a bottle, has sadly overshadowed the region’s wonderful range of wines, from Chablis in the north to Mâcon in the center and Villefranche in the south. Among these wines, Beaujolais is probably both the best known and the least appreciated; often wine lovers don’t even consider it a Burgundy.

This impression is largely the result of the dizzying craze, beginning in the 1970s, for Beaujolais Nouveau, the freshly made, unfinished and unaged fruity autumn wine released the third week of November, heavily promoted by the late Georges Duboeuf, who produced oceans of stuff for the holidays that started when the (already stocked) wines hit the stores. It was great fun, and although the new wine craze had faded, the Beaujolais cru from ten approved regions released months or even years after vinification struggled to find ground as a serious wine. It didn’t help that Beaujolais, like Chablis, had for a century been the typical decanter wines served in Parisian bistros.

This has changed somewhat with the importation of more high quality Beaujolais, which, if you get what you pay for, offers better value than most in Burgundy. I suppose one indication that the reputation of the vintages is improving is that some of them are now selling for prices over $50 a bottle (although that’s still a far cry from the Romanée-Conti or the $100 Pommards). $ and Gevry-Chambertins at $ 130. The use of carbonic maceration of the Gamay grape variety gives these Beaujolais crus their liveliness and aromatic charm. to read “Superior”.

Unlike simple appellations that allow a label to read only Beaujolais or Beaujolais-Villages – all using the Gamay grape variety – the ten crus bear their regional names: St-Amour, Juliénas, Chénas, Moulin-à-Vent, Fleurie, Chiroubles , Morgon, Régnié, Brouilly and Côte de Brouilly each have their own charm. It would take a lot more space than I have here to detail all the distinctions, but Beaujolais 101 could simplify things like this:

Windmill is considered the warmest and most vivacious vintage, even if it does not have harsh tannins. Morgon is also a robust red known for its beautiful minerality, produced by the so-called “gang of four”, Jules Chauvet, Marcel Lapierre, Jean Follard and Guy Bréton; Flowery, which takes its name from “flower”, is indeed privileged for its floral bouquet, with producers Clos de Rolette and Domaine de Vissoux among the best of a wide range; the new girl on the block is Ann Sophie-Dubois, who has caught the eye; Julianas has depth and is considered a Beaujolais that ages particularly well; Coast of Brouilly and Brouilly are lighter but considered more elegant and complex, with Pierre Cotton on the Côte and Pierre Chermette in Brouilly high on the list of many connoisseurs; Saint-Amourproduced in the north of the appellation, is particularly appreciated for an intensity that can easily be compared to the much more expensive Burgundies from the Côte de Nuits; Chiroubles is a late maturing region, but they show best after a minimum of aging; reigned maybe not among the best Beaujolais crus but it is a good solid and spicy example; Chenas has some minerality.

I drank the 2019 vintage (which had a cool spring and then summer heat waves that led to low yields) of Beaujolais crus with just about everything. Certainly Morgon or St Amour with red meats; Chiroubles with lighter meats and poultry; and Brouilly with salmon or trout. Here are a few that I have drunk with great pleasure over the past few months.

2019 Thorins Convent ($29) – Made from Gamay from three vineyards, it has an earthy taste of the terroir and the summer heat gave it body as the fruit emerges like dark cherries.

Windmill Castle 2019 ($45) – At 13% alcohol, this could be considered a true middleweight with depth and force in a velvet glove that makes it smooth and very satisfying with veal and pork chops. Its price is a little daunting, but it reveals just how good Beaujolais can be.

2019 ‘Courtyard’ ($69) – This was the most expensive Beaujolais I’ve had in a long time, with less than 3,000 bottles and 300 magnums made. Its terroir is protected from strong winds and the summer heat has eased somewhat, giving this wine real elegance for a Moulin-à-Vent. It is ideal with the kind of game dishes you might otherwise serve a Chambertin with.

2019 ‘The Verillats’ ($59) – Made from a single vineyard, at a higher elevation and from high granite soil, giving it a delicious minerality that makes it excellent with hearty stews full of vegetables .

Windmill Castle 2009 ($38) – You’re unlikely to find this easily in a wine store, but I wanted to mention this because it disproves the myth that Beaujolais can’t age for long. This wine is 12 years old, made from grapes from five vineyards, at 13.5% alcohol, which has contributed to its longevity. It is not a museum piece, as it still had liveliness and was very soft and velvety. I enjoyed it with mild French cheeses.