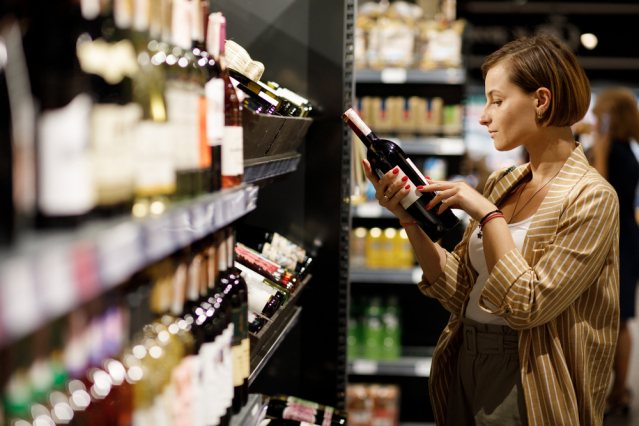 Upset by call to label wine nutritionally ‘unhealthy’ in France

The scientists who developed the Nutri-Score AE health food labeling system in France call for all alcoholic beverages to be labeled “F”.

This in addition to showing its sugar and calorie content, said nutritionist Professor Serge Hercberg, one of the diet’s founders.

The idea predictably infuriated the wine industry, including in Italy. The EU would be keen to use the Nutri-Score concept throughout the bloc.

From the end of next year, the obligation to carry standard nutrition information on foods will be extended in the EU to alcoholic beverages.

The Nutri-Score started in France in 2017. It is not mandatory but there are calls to do so.

High in fruits and vegetables, fiber, protein, and healthy oils usually mean A and B scores, while excess sugar, saturated fat, or sodium usually means a D or E.

When it comes to displaying standard nutrition information and ingredients, wine and most other alcohols that only have one main ingredient (grapes or cereal grains) but can have a lot of additional substances such as sulphites, have been specially exempted from carrying all the information on the bottle.

Christophe Château, from the Conseil Interprofessionnel du Vin de Bordeaux, said: “We won’t need to have an additional label on the bottle, but rather a QR code or a web link.”

He said having a low F Nutri-Score wouldn’t “make us happy, but you have to go with the flow.”

He added: “It’s a reminder that wine contains a lot of calories – around 80 for a glass of red wine. We’re confident most people will see the information as it is. We always advise people to drink for pleasure and in moderation.

Demeter, which certifies biodynamic wines, said: “We will continue to have wines certified as Demeter wines with the highest possible biodynamic principles. If Nutri-Score says it’s an F, that’s their problem, not ours.

The proposals led to a diplomatic incident when Italy’s agriculture minister wrote an open letter about it to President Macron.

“I want to know what Macron thinks of the latest Nutri-Score proposals, which now say that we should have a black F for all drinks containing a little alcohol,” wrote Gian Carlo Centinaio. “Does the French president agree with that?”

Nutri-Score has also been criticized by cheese makers, unhappy that most artisan and PDO cheeses score a low D or E because of the fat and salt.

AOP or IGP, sweet or syrupy… How to interpret the labels of French wines

“Wine for lovers”: discovering the two most romantic cities in France

The view between the vines: streaming for wine lovers