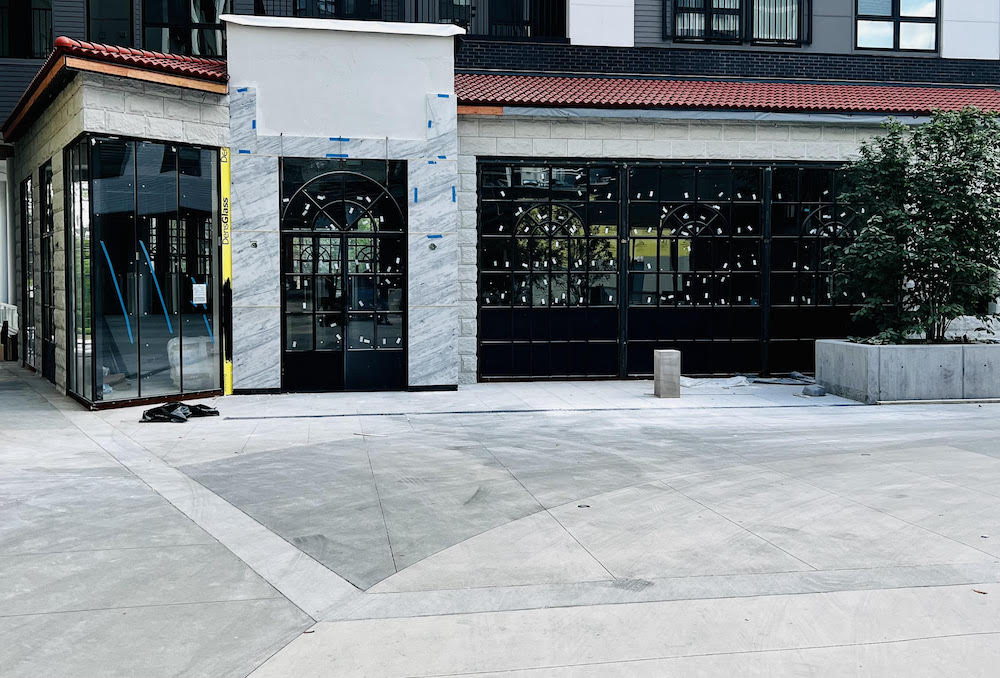 Named after the Aklys’ grandmother who had roots in Lebanon and the Middle East, Zakia will serve mezze, meats and seafood prepared with family recipes, with a twist.

“We have to pay homage to tableware, but we also want to keep pushing the boundaries, to make it very modern,” says Winslade. “The current trend in the United States is towards Mediterranean cuisine. Look how successful Delbar and Rumi’s Kitchen have been.

The menu is still in development, but Winslade says to expect hummus, babaganoush, vegetable and poultry skewers, fish and Mediterranean pizza on flatbread so thin it’s almost a cracker. Although some dishes overlap with those of other local Mediterranean restaurants, Winslade says hers will have a French-Arabic (Lebanese) interpretation as opposed to Persian.

“I received a classic French education with a lot of Mediterranean influence in this training. I spent a lot of time in my youth in the Mediterranean. I feel like I understand the spices of the region and what we’re trying to represent and I know the ingredients of the food,” says Winslade.

The drinks menu will also be Mediterranean in style with Lebanese and Greek wines, as well as cocktails and beer. The Aklys will work with an as-yet-unknown beverage director to design the beverage list.

The 6,000 square foot space will accommodate over 200 guests in the dining room, bar/lounge and several private dining rooms. An open kitchen will offer a view of a pita oven, while the restaurant’s glass wall can open to bring the outside in.

“It’s really bright and open and airy, it makes you feel like you’ve been transported to the Mediterranean,” says Winslade.

South Africa: A president against his people | Africa | DW