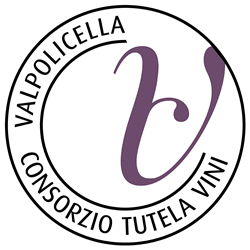 The Valpolicella Wines Consortium announces an upcoming event with tastings and seminars on November 16, 2022 in New York

“We look forward to welcoming the panel of MW, wine critics and New York wine professionals in what is sure to be an innovative tasting experience,” says Christian Marchesini, President of the Consortium.

The Consorzio Tutela Vini Valpolicella, the association representing approximately 322 wineries in Veneto, Italy, is pleased to announce the launch of an integrated communications campaign in the United States. The campaign will kick off with a walk-in tasting event in New York with educational seminars for trade and media professionals. Developed and managed by Colangelo & Partners, the consortium’s referral agency, the campaign will focus on raising awareness and enthusiasm in the US market for the Valpolicella denominations, with particular emphasis on Valpolicella DOC and Valpolicella Superiore DOC.

Media relations activities began in September 2022 and will culminate on Wednesday, November 16, 2022 with the Valpolicella Walk-Around Tasting & Seminars event, in New York. The Consortium for the Protection of Valpolicella Wines aims to develop a strategy and strengthen the promotion and awareness of the Valpolicella DOC designation. In recent years, this designation has been somewhat eclipsed by the strong identity of the Valpolicella Ripasso and Amarone categories, renowned and more widely recognized in the United States.

“We look forward to welcoming the panel of MW, wine critics and New York wine professionals in what is sure to be an innovative tasting experience,” says Christian Marchesini, President of the Consortium. “The seminars will give us the opportunity to share and celebrate our wines and our cuisine in an entertaining educational moment that will introduce our historical denominations.”

In November, renowned New York wine professionals, critics, sommeliers and renowned journalists will be invited to participate in an immersive experience of Valpolicella, including a tasting from 12:00 p.m. to 4:00 p.m. EST and three dedicated educational seminars, organized by the Italian wine expert Lars Leicht, chief sherpa of the Vino Viaggio agency and vice president of education for SOMM Journal and Tasting Panel Magazine. Each seminar will highlight the key elements of Valpolicella winemaking, including a detailed introduction to the territories and terroirs of the region.

“I have always appreciated and admired Valpolicella wines for their verve and versatility. It is an honor to help guide such a unique Veneto showcase and to share this passion with other wine lovers and professionals,” adds Lars Leicht. “The traveling tasting will be a unique opportunity to taste and discuss wines with producers and winemakers, while the seminars will help to shine even more light on the vitality of Valpolicella.”

Valpolicella is the first DOP red wine from the Veneto region and one of the most important in Italy.

Over the past 20 years, the Valpolicella vineyard has doubled in size and production potential. In 2021, vines were planted on 8,573 hectares and nearly 73.6 million bottles of DOC and DOCG wines (Valpolicella, Valpolicella Ripasso, Amarone e Recioto della Valpolicella) were produced for a value of around 600 million euros. euros (the highest in Italy for all DOP).

The landscape of Valpolicella is extremely rich thanks to a morphologically varied territory, which extends over several valleys that separate from Verona. According to the production rules, the vast Valpolicella DOC and DOCG wine production area is divided into three distinct areas: the classic area, formed by five geographical areas encompassing the areas of Sant’Ambrogio di Valpolicella and San Pietro in Cariano, and the valleys of Fumane, Marano and Negrar, the region of Valpantena and the region of Valpolicella DOC, with the districts of the municipality of Verona and the valleys of Illasi, Tramigna and Mezzane.

Varieties like Corvina, Corvinone, Rondinella and – in lesser quantities – Molinara are found throughout the region.

About the Consorzio per la Tutela Vini Valpolicella

Share the article on social networks or by e-mail: