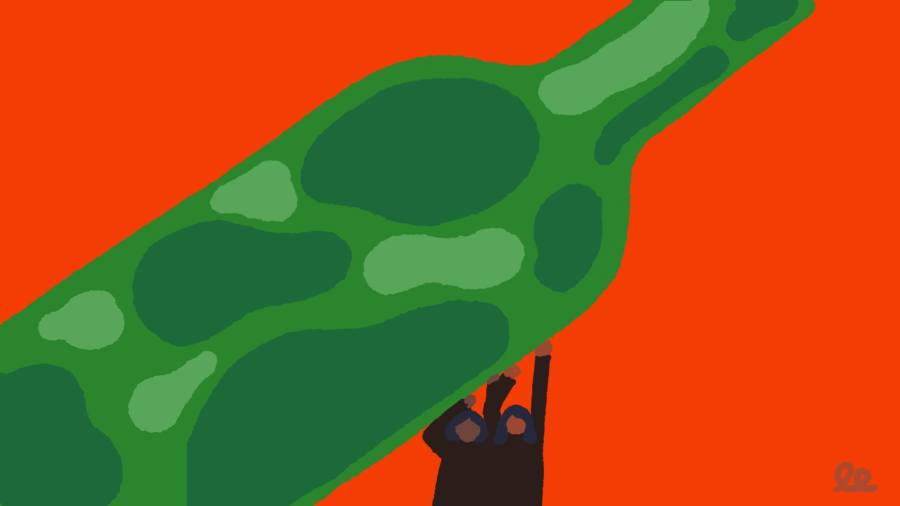 The truth about the world of wine and its diversity

There are encouraging signs that the wine world is slowly diversifying, including the success of the recently awarded Taylor’s Port Golden Vines Diversity Scholarships. In total, 42 colored wine professionals from all over the world applied for two dream internship scholarships in some of the world’s most glamorous wineries and all the considerable costs of studying for a Master of Wine or Master Sommelier.

I was one of the judges and reading these nominations was a deeply humbling and uplifting experience. Jarrett Buffington, for example, is an African American raised in Houston by a single mother who worked as a housekeeper. Unlike me, he hasn’t had any kind of head start in the connoisseur world, but he’s now one of Australia’s most promising sommeliers. He wrote: â€œGrowing up, I was often bullied. I ate my lunch at school in the bathroom. I have witnessed domestic violence. I suffered verbal abuse. My older brother committed suicide, and more. For most of my life, I never believed I was going to be anything other than disappointed and sad. But the hospitality and the wine really changed my life.

Winemaker and university researcher Diana Hawkins wrote in her application: â€œI was fired from tastings and only taken seriously after reps realized I was shopping for award-winning James Beard or Michelin-starred restaurants. Suffice to say that I suffered discrimination and micro-attacks that almost made me leave the industry. The key word is almost.

Iranian Nikan Jooyani grew up in a country where alcohol of any kind was banned, but a move to Italy ignited the wine flame. She aspires to become a Master Sommelier.

A total of 42 colored wine professionals from around the world have applied for two dream prizes involving internships at some of the world’s most glamorous wineries.

Many of these aspiring wine students are based in countries where it can be extremely difficult to meet fellow students to share research and tastings with. Both Korean applicants complained. Others, like Peruvian Rosa Lyn Joy Way Bueno, who was stranded by the pandemic in her homeland, have been virtually isolated from any sort of international range of wines.

All of these stories made me realize how lucky I was to live in London, which offers arguably the best opportunities in the world to buy, taste and learn wine.

The awards were created in memory of the late GÃ©rard Basset, himself such a passionate student of wine that his many titles included Master of Wine, Master Sommelier, Wine MBA, Chevalier de l’Ordre du MÃ©rite Agricole, OBE and, to his sixth attempt, Best Sommelier of the World. He left school without direction at 16 and, as his memoir Tasting Victory clearly illustrates, first-hand experience of the transformative power of an interest in wine.

Two candidates stood out for the judges: Erna Blancquaert and Angela Scott. Blancquaert, 38, is the only female academic of color in viticulture at Stellenbosch University. She is a respected doctoral student with an international network of colleagues, having found local wine producers and academics less willing to share their knowledge. She made 44 international flights in 2019, she said.

Blancquaert’s mother was a nurse and his father a driver for the wine producer Nederburg. The wine labels intrigued the young Blancquaert. At Paarl’s school she was bullied â€œbecause I was still in the top 10â€. When she told her parents that she wanted to be a scientist and go to college, they laughed. No one would laugh at his accomplishments now.

Two days before the awards ceremony in London earlier this month, we had lunch before enjoying a wine tasting together. A warm and cordial dining companion, she politely corrected me on a point or two and, when I tried to instruct her on leaving, insisted, â€œI’ll find him; I am a scientist.

Blancquaert met her Belgian husband in a Yahoo chat room and they got married in 2010. Her students call her Blanket, while some friends jokingly call her The Token – a reference to how people of color are. sometimes used symbolically. She is invited to sit on a multitude of committees (â€œtoo much is exhaustingâ€) to give her point of view. Not inclined to mince words, she finds herself ostracized almost daily for drawing attention to the realities of life in South Africa.

Master of Wine wine paper will surely be a piece of cake for Blancquaert. Yet, as an academic, she says she is inclined to delve too deeply into many subjects. Like the other two MW students in South Africa, she will also be hampered by the geographically narrow range of wines available even in Cape Town. Three of the eight MW papers are â€œpracticalâ€, each involving the assessment and identification of wines as closely as possible in a dozen mystery glasses.

On this point, Angela Scott, the other winner, may have some good advice. Scott, 46, has already completed the first year of his MW studies. She was due to take the exams this year, but was prevented from doing so when Covid-19 trapped her and her winegrower husband in New Zealand. Yet Scott was assured by his MW mentor Natasha Hughes not to insist on the correct identification of all wines, that accurate arguments and quality assessment were much more important to reviewers.

Not inclined to mince words, Blancquaert finds himself ostracized almost daily for drawing attention to the realities of life in South Africa.

Describing herself as “a recovering lawyer,” Scott was raised outside of Philadelphia by an African-American businessman father and a half-Cuban, educated mother in Wharton. After attending Dartmouth, she became an international human rights lawyer and spent time volunteering with the Peace Corps in Haiti. She fell in love with wine via a wine club while working in Washington, DC, and “ended up in Napa after a failed job prospect in Mongolia.”

En route to the Master of Wine course, Scott worked for American writer Karen MacNeil and the pristine Spottswoode vineyard in Napa Valley. She sold her house to pay for her education and invested in New Zealand wine retailer Cellar Ahuriri, which she now advises.

This is all well outside the grasp of most of us Masters of Wine, and I can only assume that she and Blancquaert will add a lot to what can sometimes be seen as a rather stifling Anglo-centric institution. Both will bring their individual expertise to the course, and each is determined to show, by example and by action, that a career and a pleasure in wine should be open to all.

White wines you will love *