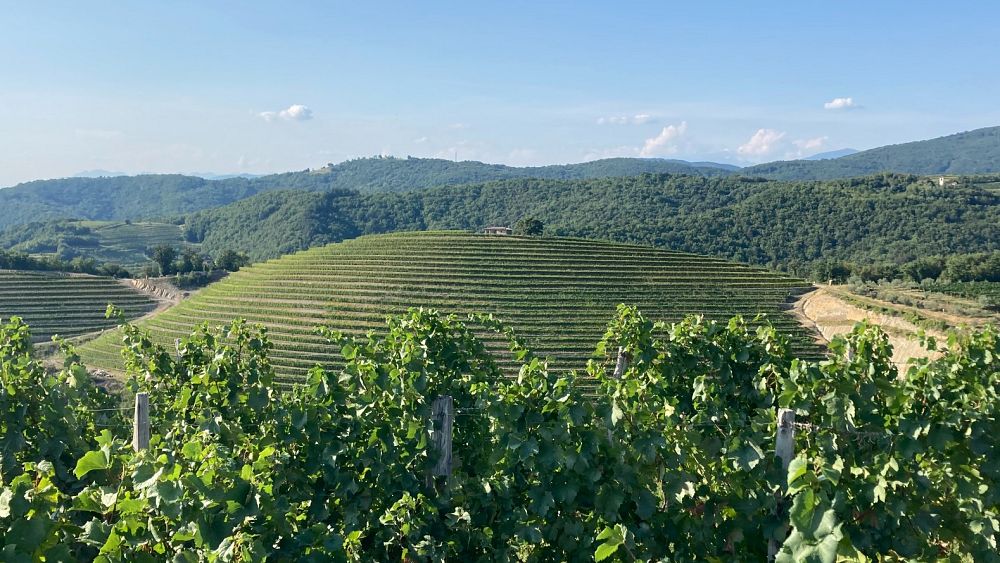 Once upon a time, wine lists were, quite literally, the domain of historic, well-established chateaux. But in recent years, consumers have become increasingly excited about non-Orthodox.

While it’s hard to imagine a world where famous Bordeaux and Burgundy vintages are shunned from a commercial cellar, curious wine lovers are increasingly looking for something “a little different.” “.

And even if it takes a long time for a new region to establish itself in the mouth, it is lesser known wine centers like Slovenia that will become the discerning drinker’s choice over time.

This is largely due to the growing popularity of natural wines. But there is also a trend towards easy-drinking wines, perhaps linked to the end of confinement. Slovenia performs really well in these two key areas.

One of the highlights of Slovenian viticulture is the Vipava Valley. And the winemaker with the hottest profile on the market right now is Primož Lavrenčič.

Unpretentious but deeply passionate, Lavrenčič has a vision that transfers to the glass.

“I try to take a step back and understand how to encourage nature, especially the soil, to express its own character in my wines,” he says. Indeed, its vines obey strict biodynamic rules, which places it as a message for contemporary viticulture. But he is not on a bandwagon, he really believes in the principles and in his terroir.

He even built a fascinating underground window, where visitors to the winery can see the stratification of the earth beneath the vineyard.

The soils of the Vipava Valley have slowly evolved over flysch marls and sandstones over 50 million years old. And that’s good news for viticulture.

Natural wines are often described as wines with “minimal intervention” from the human hand. Winemakers like Lavrenčič largely leave nature alone, only making adjustments to fermentation temperature and other viticultural factors such as the level of oxygen exposure a wine might have.

The Vipava Valley is in the western part of Slovenia, near the Italian border. Water and winds, as usual, are a natural factor in the vineyards.

The Vipava River runs through the center of the valley to empty into the Soca River, reflecting light and heat to help ripen the grapes in the sub-Mediterranean climate.

The ‘Bora’ is the strongest wind with gusts sometimes exceeding 200 km/h, making it the windiest part of Slovenia. And this factor is useful for winegrowers who do not want to pollute their grapes with pesticides. No pest is going to cling to a vine for very long when the Bora threatens the landscape.

The most memorable Burja wine for me was the 2020 Zelen. Nature taking its course is part of the grape selection here. Zelen is not a grape that many people have heard of, but it is a native grape variety and as such has developed resistance to wind. You can pick up a bottle of this waxy, tangy, smoky minx for under $20.

To pass the baton

One of the most exciting discoveries among the vineyards of western Slovenia was not so much related to vines but people.

An initiative allowing winegrowers to pass on their activities to their children has been sanctioned by the Slovenian government since 2014 as the Rural Development Programme. It allows a grant of €45,000 per beneficiary. It was set up for young farmers, so it’s not just wine growers that are affected, but it’s really taken off in the wine sector. And financially, it makes sense for older winemakers to pass the business on to their children while still being able to continue in the business as consultants. As Andrej Erzetič of Erzetič Wines told Euronews Culture, “the winery is like a kitchen, you can only have one chef”.

Based in the charming Brda wine region, Aleksij Erzetič handed over the main winemaking and estate management to his son Andrej a few years ago and the young winemaker has never looked back.

Andrej flies the flag for native varietals like Belo and the rare Rebula Nero (which has something of Cabernet Franc), but also enjoys experimenting with classic grape varieties like Cabernet Sauvignon and Chardonnay. And there is certainly a serious investment because the room of amphoras below would not have been cheap.

Amphoras have become very popular very suddenly in the wine world, but they are not new. They were the favorite aging tanks in Georgia, the birthplace of winemaking, 6,000 years ago.

“I sometimes prefer amphora aging to barrel aging because of the shape and the presence of microorganisms,” Andrej explains.

Amphoras are made of clay: more generous than a steel tank, which does not interact with wine at the molecular level, and less changeable than oak, which can add its own flavors and aromatic compounds to a wine.

Erzetič also likes to experiment with different woods, so try to find the perfect partnership with his grapes. Again, not cheap, but it’s an entertaining place to visit and his passion is evident. Visitors to the domain (totally recommended) will find a miasma of colors and materials, a real kaleidoscope forest made up of barrels of acacia, mulberry, ash and cherry.

Back in Vipava, I met more young winegrowers and took part in a new local tourism and education initiative, becoming a “winemaker for a day”. For many wine lovers like me, this is a rare treat. Tasting is one thing, but knowing all the steps before opening a bottle becomes more and more fascinating the further you look beyond the liquid.

Andraz Ferjancic took over the reins from his father in 2019. He takes visitors through the stages of winemaking up to the planting of the vines.

And it’s not just a token role-playing game, you’ll actually be planting a vine that will make wine in three to five years. But first you need to clear the ground. You have to put the hard yards. Well, I did. Apparently it’s optional, but I didn’t find out until later…

Slovenian winemakers often grow more than one type of grape and therefore have a choice of blend. In this experiment, I was given three white wines to blend, and ended up with my own wine to take home which included 70% Zelen and 30% Malvasia.

While it is certainly Slovenia’s natural wines that will be very trendy and increasingly in demand, perhaps even worldwide as buyers become more interested in them, there is also a positivity to this transfer to young winegrowers. The trend towards low ABV wines made to be easy to drink is, I believe, not a passing fad, and this wine zeitgeist is the perfect arena for young superstars like Andrej and Andraž to thrive.