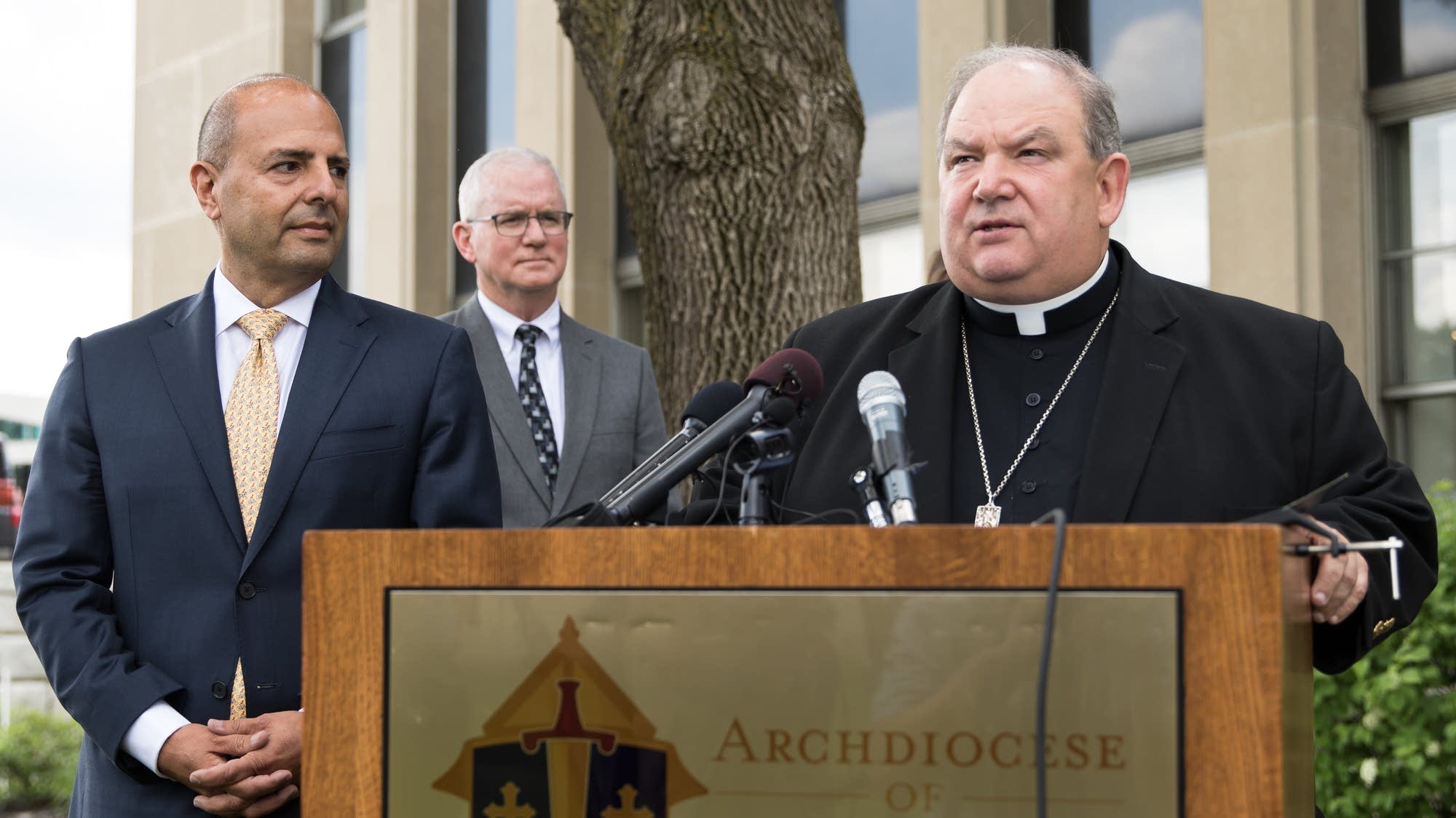 The archdiocese needs $ 40 million for the settlement of sexual abuse. Here is where he is looking

The Archdiocese of St. Paul and Minneapolis is developing a plan that uses budget cuts, property sales and Catholic generosity to help the church come out of bankruptcy and move beyond a clergy sexual abuse scandal that has tormented her for years.

The Archdiocese has pledged to pay $ 40 million out of the historic $ 210 million settlement with clergy abuse survivors who are not covered by insurance.

Explore the full survey Clergy abuse, cover-up and crisis in the Catholic Church of the Twin Cities

Officials shared the basics of their proposed payment plan with MPR News on Friday. Further details were gleaned from interviews and a review of court documents. The archdiocese hopes to present its final proposal to the bankruptcy judge within the next month.

While the numbers may change, it is clear that Catholics in the Twin Cities will pay for the sins of the church for years to come.

The archdiocese also plans to tap into a fund that it uses to pay for the health costs of its employees.

Archdiocesan officials have met privately over the past two weeks to discuss the budget cuts, according to a person familiar with the meetings who asked not to be identified.

On the day Archbishop Bernard Hebda publicly announced the settlement, he privately told employees they should expect a “tightening of their belts.”

The archdiocese reduced its operations by 20% before filing for bankruptcy in 2015.

Under the settlement with the survivors, the archdiocese is required to pay $ 1 million per year over the next five years, said archdiocese financial director Tom Mertens. The leaders of the organization are now seeking to manage costs “and will do their utmost to avoid layoffs,” he added.

It will be difficult, said Charles Zech, a professor at Villanova University in Pennsylvania who has studied diocesan bankruptcy settlements across the country. “This is where the biggest financial blow is going to be,” he said.

The archdiocese has already sold $ 8.8 million in assets.

He also sells the property of three Catholic high schools in Twin Cities – Benilde-St Margaret’s in St. Louis Park, Totino-Grace in Fridley and DeLaSalle in Minneapolis – to each respective school for a total price of $ 4 million.

It is not known how the schools will finance the cost. Managers at Benilde and DeLaSalle did not respond to calls for comment. Craig Junker, president of Totino-Grace, responded but declined to comment.

Sr. Steven Prince, a lawyer representing the schools, confirmed that an agreement had been reached with the archdiocese, but declined to give details until the plan was filed in bankruptcy court.

The archdiocese draws on other funds. Mertens said the institution will rely on $ 9.2 million in unallocated cash accounts and funds designated by the board of directors.

They will also take $ 4 million from a group health insurance fund that is used for workers in the archdiocese and local parishes.

While the payment may result in increased health care costs for teachers, accountants and other employees in the archdiocese, Mertens said there was enough money in the fund to make the program work as well. as determined by their health insurance consultant.

The board of directors that manages the fund accepted payment in response to a request from U.S. bankruptcy court judge Robert Kressel, “that all Catholic entities participate in the settlement, whether or not they are legally required to do so. “, he added.

The archdiocese is also counting on $ 6 million from a general insurance fund which brings together the parishes and the archdiocese.

The use of these insurance funds worries some parish curators.

Bernie Hesse, parish administrator for St. Columba in St. Paul, said employees contributing to the health insurance fund expected their health costs to remain low. He also fears that cuts to the archdiocese’s budget will result in less awareness among immigrant communities and low-income people.

“When you look at bankruptcies, it’s not often the people who need it most who are taken care of first,” Hesse said.

Mertens said the Archdiocese also has $ 10 million in legal bills that will be paid through the $ 210 settlement.

Lawyers representing victims of clergy abuse are also expected to take a third of the payment.

“The greatest contribution that we can afford”

Parish priests also review the budgets of their respective churches to see if they can make a voluntary contribution to the settlement. The archdiocese is setting aside $ 3 million of those payments, although this could cause church officials to defer other costs necessary to keep a parish operational.

Kevin Finnegan, pastor of Our Lady of Grace in Edina, said the archdiocese did not require parishes to contribute to the settlement.

“It’s a voluntary thing, and I would say that overall they are responding magnanimously,” he said.

Seventeen parishes owe more than $ 100,000 in arrears to the archdiocese, according to bankruptcy records. Mertens said the Archdiocese did not plan to increase these annual assessments on local parishes for two years.

In some cases, these payments are not easy.

Michael Byron, pastor of St. Pascal Baylon parish in St. Paul, said his church on the east side had helped despite recent difficulties in keeping the parish school open and budget problems caused by a $ 3.5 million debt. dollars related to the construction of a new church in 2002.

“I told our people that I had consulted with our leaders and I decided to make what is probably the greatest contribution we can afford to make – which is probably paltry compared to others. places, “said Bryon, adding,” but it’s something. “

You make MPR News possible. Individual donations are the source of the clarity of our reporters’ coverage across the state, the stories that connect us, and the conversations that offer insight. Help ensure that MPR remains a resource that brings Minnesotans together.

Make a donation today. A donation of $ 17 makes a difference.