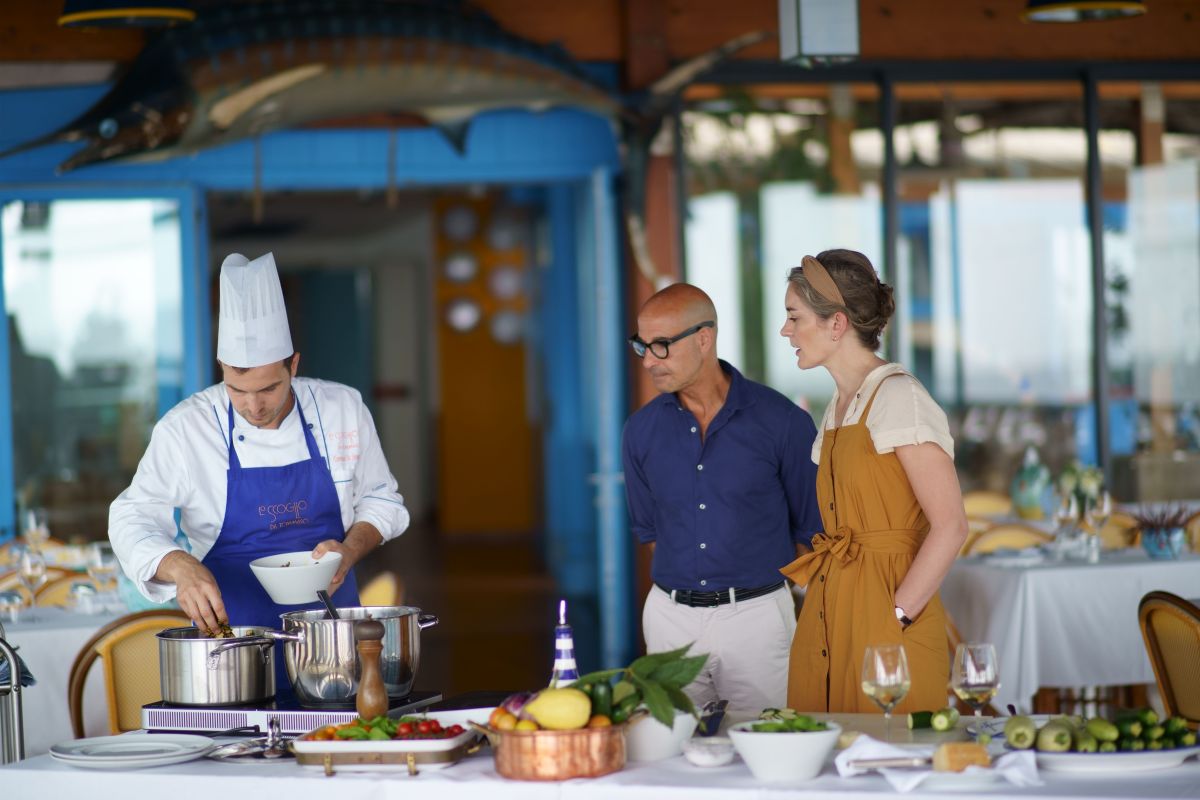 “I’m Italian on both sides and for many years I’ve dreamed of doing this show,” says Stanley 61, whose films include road to perdition, The devil wears Prada and The hunger Games series.

So here’s everything you need to know about Stanley Tucci: In Search of Italy including a word on food and destinations from Stanley himself. . .

‘Stanley Tucci: In Search of Italy’ release date on BBC2

Having previously aired on CNN, Stanley Tucci: In Search of Italy now gets a UK air date where it starts on Sunday February 27 at 7:20 p.m. on BBC2. This is a six-part episode and all six episodes will be available on BBCiPlayer after the first episode airs on BBC2.

Is there a trailer for ‘Stanley Tucci: Searching For Italy’?

Yes, a trailer has been released for Stanley Tucci: in search of Italy in 2021 when the travel series aired on CNN in the United States. Take a look below…

Stanley Tucci reveals the food and places he visits…

Stanley Tucci: in search of Italy begins in Naples, a city that gave the world its favorite dish: pizza!

“Naples is a truly thrilling city. The second you arrive you are engulfed in magnificent chaos and there is no point in fighting it. People here do things their way.|

Pizza is everywhere in Naples and Stanley can try a traditional fried pizza and a classic Margherita named in 1889 after the Queen of Italy at the time, as well as a simple tomato-based pizza created by chef Enzo Coccia , who runs the first-ever Michelin-starred restaurant. pizzeria. “Mass-produced pizza brands always use sugar, fat and flavorings in their dough,” says Tucci, who is fluent in Italian. “But in Naples there are only four ingredients – water, flour, salt and yeast – and a lot of know-how.”

But it’s not all about pizza, as Stanley discovers. The actor also learns how the people of Naples learned to live in the shadow of the famous volcano Vesuvius and how poverty and criminal gangs have always been part of city life.

Meanwhile, on the island of Ischia, the traditional dish isn’t pizza or pasta, but rabbit, and Stanley returns to a restaurant he first visited with his late wife, Kate. , to discover how to create a simple rabbit stew with garlic, white wine and tomato.

“Fourteen years ago my late wife Kate and I took a ferry from Naples to Ischia just an hour away,” Stanley recalled. “One night we went to a restaurant halfway up a mountain where they served rabbit. Now I try to come back whenever I’m lucky enough to have the chance.”

Stanley helps catch the rabbits that live in the wild above the restaurant using chestnuts to lure them out of their burrows, then shares a special Sunday lunch with chef Riccardo D’Ambra and his extended family. “Traditional cuisine like this tells you the story of a place,” he says. “It also connects us and that’s why even today families in Ischia sit down every Sunday to enjoy together a rabbit in a pot.”

Rum is more than a spirit drink