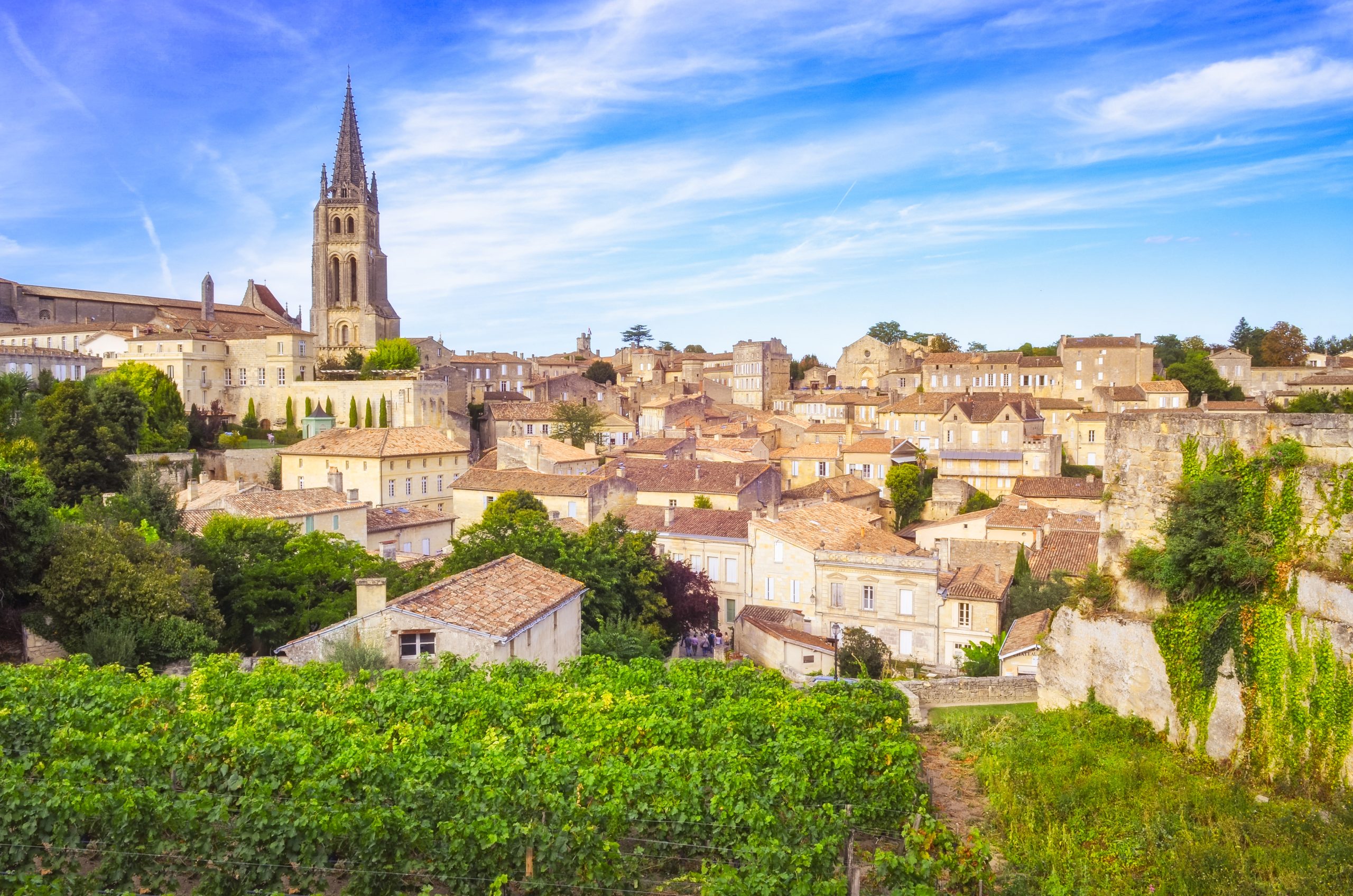 Should non-French countries be able to use the term “Grand Cru”?

A hot topic debated at an event organized by Laura Catena this week was whether the French term could or should be adopted by other wine countries. db joins the discussion.

The question of whether the term “Grand Cru” should be adopted by non-French wine regions to describe their vineyards was hotly debated at a gathering of independent wine merchants, sommeliers and the press in London this week.

Hosted by Laura Catena, db “Woman of the Year” and general manager of the Argentine winery Catena Zapata, the subject has been carefully dissected from all sides.

The springboard for the discussion was the fact that although there is no equivalent term for Grand Cru outside of the French language, many wine countries encompass vineyards that grow grapes of such high quality as the villages Grand Cru.

“When a word becomes so descriptive of a certain character, like the word ‘terroir’, for example, it becomes internationalized,” Catena began. “How often do you hear the Spanish or English equivalent used for terroir? The French term is used all over the world. Maybe it’s time for the Grand Cru to be used globally, in much the same way? »

With Grand Cru essentially referring to “great vineyards” or “wine from a special place,” co-host Dirceau Vianna Junior MW continued, “why not use it to refer to the superiority of wine all over the world? world ?”

Along with a tasting of Catena Zapata wines alongside “old world” styles like Burgundy and Bolgheri, members of the trade expressed candid opinions back and forth. 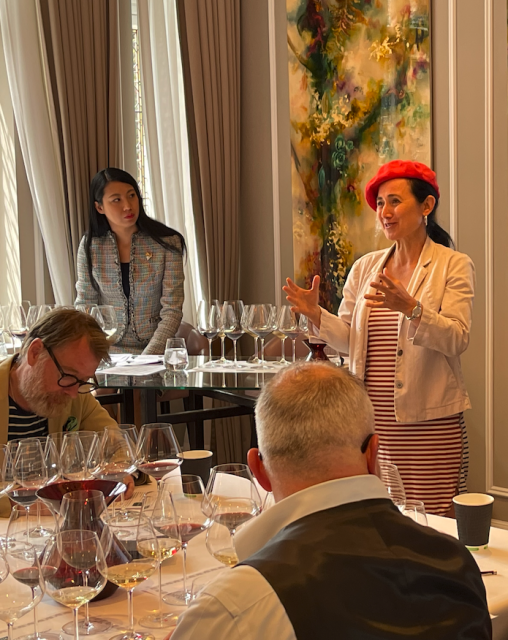 Whichever side of the fence they were on, guests found it interesting that the wine world continues to look to France as a point of reference. However, many have wondered why a non-French producer would want to adopt the French term instead of inventing a different expression from their mother tongue to sum up the same principle.

Still others argued that the term Grand Cru carried such weight after so many years of consumer exposure that the benefit to other nations of being able to use the instantly recognizable moniker would be invaluable.

“There is power in being part of a club,” said Laura Catena.

The most finicky of course is that with Ausone, Cheval Blanc and more recently Château La Gaffelière, choosing to leave the classification of Saint-Emilion, why would other countries want to enter a world which is in the process of ‘to be abandoned ? Or as one guest put it: “The term Grand Cru has been bastardized to the point that it is no longer synonymous with quality”.

Some have felt that the Grand Cru simply comes with too much baggage to be advantageous. “It implies that you imitate rather than create,” said one guest. “Which might actually be a disservice to your wines.”

There is also the question of increased regulation, which goes hand in hand with the adoption of these terms. The beverage trade asked the question: are the winegrowers ready to sacrifice part of their creative freedom to benefit from the prestigious mention?

“What I’m proposing is not necessarily to use the term Grand Cru on the label, but to be able to designate our wines as a Grand Cru Malbec, for example,” Catena said. “This is a very special site which gives a special flavor and an extraordinary wine that can be kept.

“If we were thinking of putting it on the label, we would have to think about it very carefully because the Grand Cru denominations in France have all these somewhat archaic rules, relating to yields, or the non-use of water, which we have need in our country or we wouldn’t be able to grow Also what varieties you can plant, which wouldn’t make sense in a changing climate.

Catena added: “It would be a mistake for Argentina to be able to do what we want when in France they have all these regulations, so I’m not talking about using it on the label. I’m from agree that anything that limits us is not good, especially in the context of climate change.

The point was well made that with producers increasingly putting their terroir-focused wines in the spotlight, it may completely negate the need for the French term: “The fact that you put your single-vineyard wines there- bas shows that you respect a superior terroir, so why adopt the term Grand Cru? asked a trade member.

Appearing to agree, Dirceau Vianna Junior MW compared a producer keen to use the French term for his wines with a martial arts student trying to “better their sensei, or teacher”.

The only possible way to triumph, he said, is to play to your own strengths, simply because no one else has them. By this logic, developing a term that speaks to the particularities of one’s own terroir and region would seem to make a lot of sense, rather than borrowing old tricks from the “sensei”. 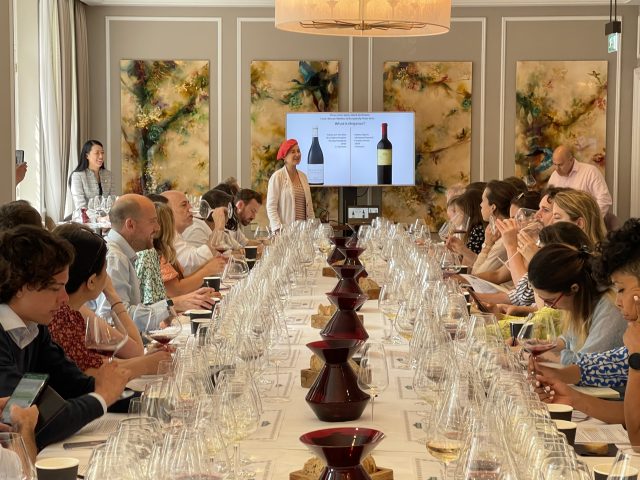 Part of the initial shock people feel when a winemaker from Argentina, or Chile, Australia, or Napa suggests using a term like Grand Cru, stems from binary thinking about what it means to be a “New World” or an “Old World”. ‘ country.

Certainly, many would argue that the “new” wine countries have not earned the right to enjoy a centuries-old French system.

However, Adrianna Catena – who represents Catena Zapata’s interests in the UK – pointed out that terms such as Old Vs New World can be problematic. “It oversimplifies and keeps you from seeing the good stuff,” she said.

“Are you going to tell China they are the New World?” asked Laura Catena, who explained that the Catena Zapata vineyards are home to ungrafted massal selections that arrived in Argentina in the late 1850s. You’d be hard-pressed to describe these heritage vines as “new”….

Phil Crozier of Wines of Argentina suggested that instead of worrying about whether or not certain terminologies should be accessible to everyone, there was a bigger issue at play: “I think everyone wants to get to the point where the producer’s name sells. This wine is therefore first and foremost a Catena Zapata wine,” he said.

One of the purposes of the debate and accompanying tasting, which took place at the Cadogan Hotel in Chelsea, was to celebrate the diversity of wines made in Europe and wines made in South America, but also to recognize their stark parallels in terms of quality.

After trying Sassicaia 2017 alongside Nicolás Catena Zapata 2019, both using Cabernet Sauvignon and Cabernet Franc, but with the Argentinian wine also weaving in a magical 30% Malbec, I wonder if Argentina wouldn’t do better to avoid France and emulate the ‘Super Tuscan’ approach instead. A “Super Mendoza” or a “Super Uco” sounds a bit….

“Forget sleep tonight. I won’t stop thinking about all your comments,” Catena concluded, closing the discussion.