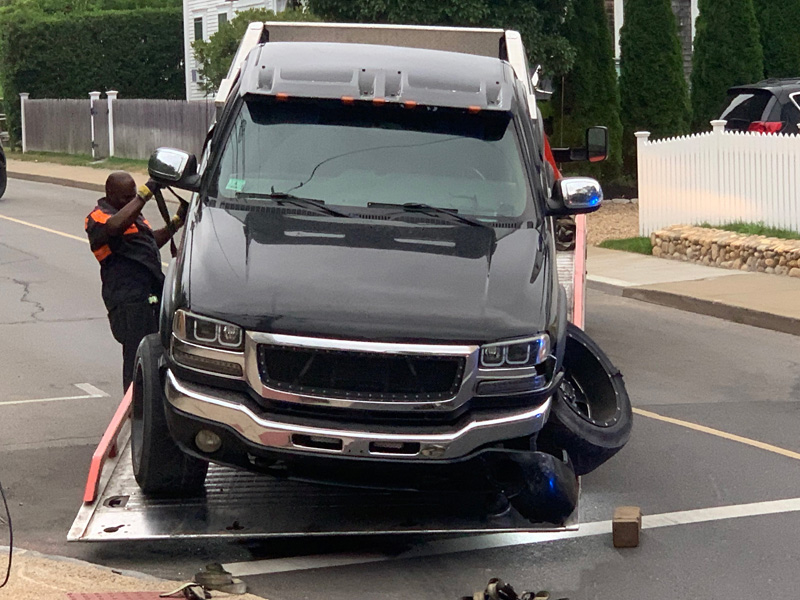 JWL Transport towed the van to the owner’s home. After the van drove down Center Street, one of the four passengers in the Jeep had another car nearby, which he brought in to move his belongings. The group was allowed to leave and a Tisbury policeman stayed by the damaged Jeep until JWL Transport returned to tow it away.

No one was injured in the collision.

A crash happened at the intersection in early summer.