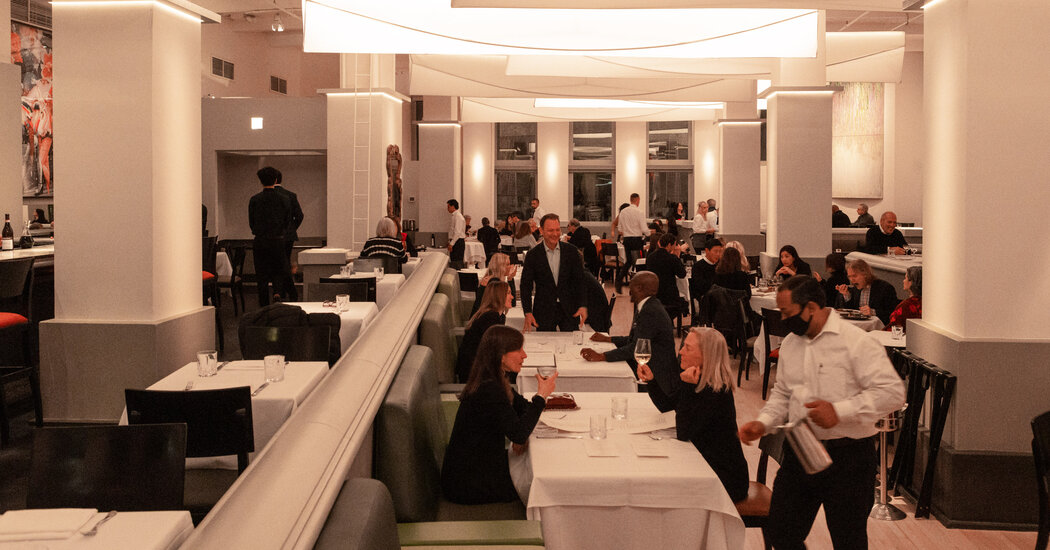 The Bedford, in Williamsburg, Brooklyn, has now set up a back room pizzeria for Neapolitan-style pies. (Wednesday)

The ambitious plans for a dining hall that Anthony Bourdain hoped to install on Pier 57 on the Hudson River before his death in 2018 have been revived somewhat. Instead of a two-story collection of global street food vendors, it will now be limited to the food stalls of Unesco-recognized Singapore hawkers, 18 of them, and in Midtown, not on the pier. For the reconfigured project, KF Seetoh, a Singaporean who, along with his wife Patricia, founded Makansutra, a hawker food conservation organization, and the World Street Food Congress and who had advised Mr. Bourdain, partnered with Eldon Scott. (Mr. Scott, president of UrbanSpace, a company that runs permanent and seasonal indoor and outdoor markets in several cities including New York City, was to run Mr. Bourdain’s market.) Speaking by phone in Singapore where they tasted and savored -Setting the list of market participants, Mr. Seetoh and Mr. Scott said the market will open in the first quarter of next year in a wide covered walkway that stretches from 50th to 51st Street, mid- route between Avenue des AmÃ©riques and Seventh Avenue. Mr Scott said a market selling street foods like Chilean crabs, Hainan chicken rice and southern Chinese fish balls mee pok tah in Midtown should appeal to office workers, tourists. and theater goers, noting that in Singapore, these markets thrive in all kinds of neighborhoods.

Chefs on the move

After five years at John Doherty’s Black Barn Restaurant at NoMad, most recently as Executive Sous Chef, Mr. Fowler has been promoted to Executive Chef.

Mr. Gross, who was at the Saranac Waterfront Lodge in the Adirondacks, is the new Executive Chef of Standard, East Village.