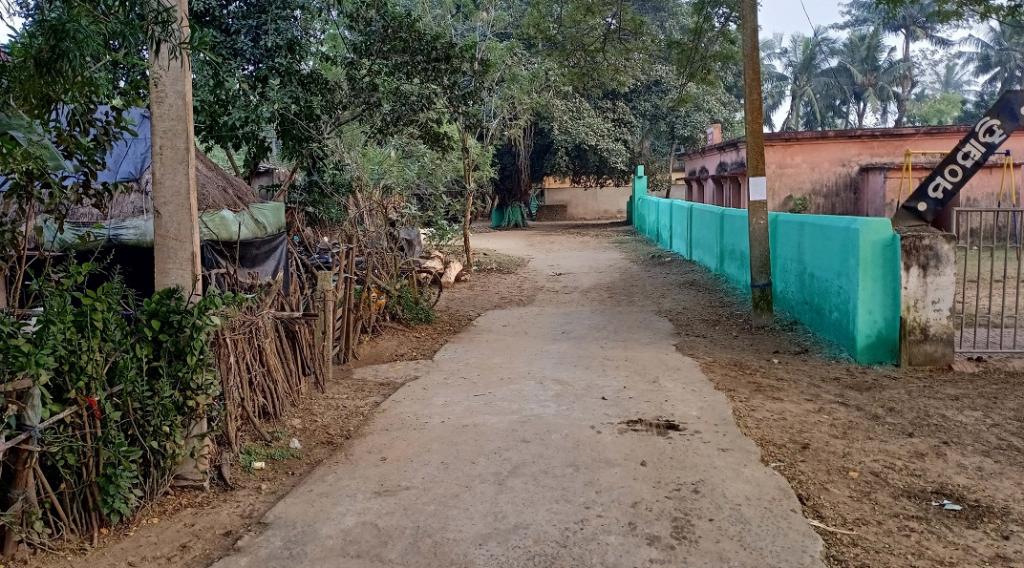 How Dhinkia and Nuagaon fared differently between 2 steel projects

In 2005, when the government of Odisha signed an agreement with South Korean steelmaker Posco Intl Corp to set up its mega project, Dhinkia and Nuagaon – two of eight affected villages near Paradip port in Jagatsinghpur district – found themselves on both sides. While Dhinkia opposed Posco, Nuagaon leaders supported him.

In 2017, Posco pulled out of the project and recently the government of Odisha renewed its land acquisition campaign, but for another project by Jindal Steel Works (JSW) Ltd in the same area. The people of Dhinkia continued their resistance to the JSW project while there is no support in Nuagaon either.

What has changed over the past decade?

“The people of Nuagaon suffered more economically by supporting Posco. They lost their betel vineyards to land acquisition, lost severance to voucher fund companies and failed to find other means of livelihood,” said Sarpanch Nuagaon Bidyadhar Mallick to this reporter.

Dhinkia, on the other hand, prospered because its people were able to prevent the dismantling of their betel vineyards by the administration and also protect their livelihoods, he added.

Posco’s project, touted as India’s biggest foreign direct investment at the time, had an investment of $12 billion (Rs 52,000 crore at the time).

The project needed 4,004 acres in the eight villages of the three Gram Panchayats of Dhinkia, Nuagaon and Gadakujanga to set up its 12 million tonnes per annum (MTPA) steel plant.

However, the villagers resisted the project under the banner of Posco Pratirodh Sangram Samiti (PPSS). Dhinkia, a village of over 700 families, became the epicenter of the resistance.

There were bamboo barricades around the village, and women guarded them to control the entry of government officials and police.

In 2011, the state government was forced to reduce production capacity to eight MTPA and acreage to 2,700 acres, excluding Dhinkia from the list of affected villages – apparently to soften the edge of anti- Posco.

The strategy worked to some extent as the district administration managed to complete land acquisition by dismantling more than 1,100 vines in the other seven villages in two phases (2011 and 2013) amid the protests and the recourse to the police.

However, the government’s supposedly punitive action of isolating Dhinkia seemed to benefit the village by default.

Dhinkia’s exclusion proved to be a blessing as the village flourished over the years, becoming one of the largest betel leaf centers in Odisha.

The village supplies over two million betel leaves – which are used to wrap a heady concoction known as ‘paan’ relished by millions of Indians – worth around Rs 20 lakh every month in places across India, mainly Mumbai, Ahmedabad and Kolkata.

Residents of Dhinkia removed their bamboo barricades after Posco pulled out and the administration halted the decade-long land acquisition drive.

They were busy in their betel vines. “When the anti-Posco agitation started, there were around 500 betel vines in Dhinkia, which has quadrupled to 2,000 today,” said Ratnakar Rout, a betel vine grower.

Around 85% of families in Dhinkia now own their own vines according to locals, up from 35% before the anti-Posco movement began. At least 200 workers work in the betel vines in Dhinkia every day.

On the other hand, desperation is palpable in Nuagaon, a single-village Gram Panchayat with a population of over 10,000. Most villagers regret their decision to welcome Posco.

They blame the leaders of the United Action Committee (UAC), which had a strong presence in the village, for deceiving the villagers into allowing the dismantling of their betel vines and receiving compensation when the administration began its campaign in 2011.

More than 600 families from Nuagaon and three other villages in neighboring Gadakujanga Gram Panchayat have received total compensation of around Rs nine crore for the demolition of 651 betel vines.

However, the bulk of the compensation amount went directly to voucher fund companies who featured local politicians as their brand ambassadors and kept pace with the administration’s land acquisition campaign.

At least 350 families in Nuagaon deposited about three crore rupees of their compensation money in a bond fund company called Artha Tatwa, which is now defunct.

As the company got embroiled in the chit fund scam that rocked Odisha, villagers’ money was also tied up and they became poor people.

Besides the betel vines, the villagers lost thousands of cashew trees, another source of livelihood for them, as they were felled by the administration after the land was acquired.

Many project-affected villagers, who were themselves proud vineyard owners not so long ago, now depend on Dhinkia for their livelihood.

Pitambar Mallick from Nuagaon, who works as a laborer in Dhinkia betel vineyards, said more than 300 daily wagers from their village regularly do similar work.

“But now that the administration can dismantle the betel vines in Dhinkia as part of land acquisition for JSW, we are not sure of our jobs,” he said.

This explains precisely why the villagers of Nuagaon are against the JSW project. The JSW project, which includes a 12 MTPA steel plant, a 10 MTPA cement plant and a 900 megawatt power plant, is larger than Posco’s and requires about 3,000 acres of land.

The 2,200 acres that the state-owned Industrial Infrastructure Development Corporation (IDCO) acquired for Posco are supposed to be transferred to the JSW project.

The remaining 748 acres, most of which fall within the villages of Dhinkia, Patana and Malaha, are being acquired during the current season. This has sparked strong protests from Dhinkia residents and a subsequent police crackdown on them in recent weeks. Bamboo barricades are back at Dhinkia entry points.

During the public hearing of the JSW project in November 2021, most of the villagers of Nuagaon expressed their opposition to the JSW project. Obviously, most people in Nugagaon don’t want any other projects after their bitter experience with Posco.

But the recent treatment meted out to protesters in Dhinkia has instilled in them a sense of fear.

“People are scared, but at the same time they have realized that the dismantling of Dhinkia betel vines for JSW will also affect their livelihoods. Most are looking at an uncertain future,” said Nuagaon resident Smruti Mantri.

We are a voice for you; you have been a great support to us. Together, we are building independent, credible and fearless journalism. You can still help us by making a donation. It will mean a lot to our ability to bring you news, insights and analysis from the ground up so that we can effect change together.

The world of wine is about to be turned upside down