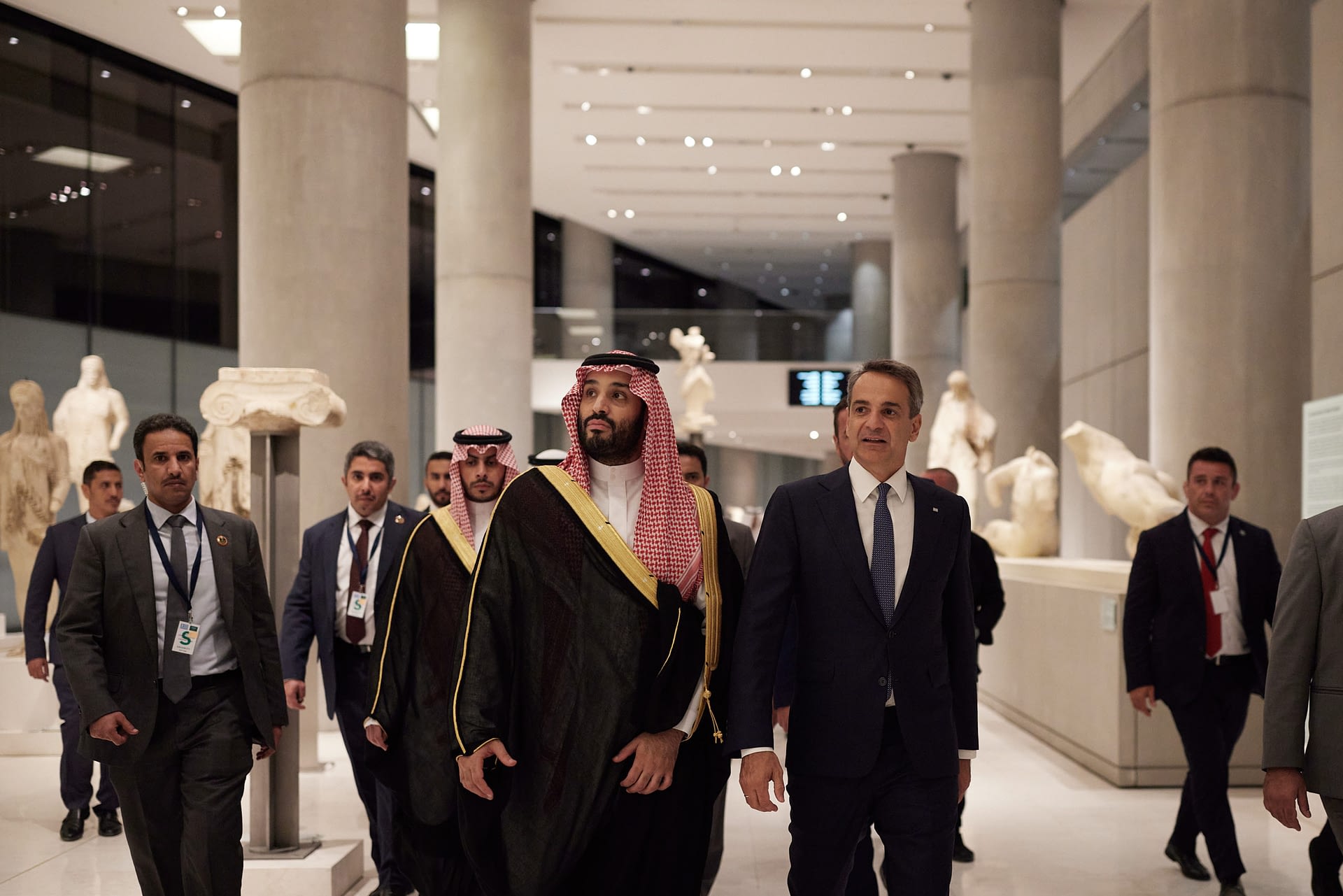 I am not very excited about the visit of Saudi Crown Prince Mohammed bin Salman (MBS) to Greece. The blood from the dismemberment of journalist Khashoggi’s body cannot be washed away so quickly – if ever.

You will tell me: the crown prince left for Turkey… Biden visited him… he went to France on Thursday…

Anyway, that’s not my topic today. My problem is another, equally serious one: the food served at the dinner offered to the Crown Prince by the Prime Minister at the restaurant of the Acropolis Museum (full disclosure: I am a member of its board of directors) with a view of the Acropolis.

It was something unique.

What was presented to him? Cretan cuisine, with specialties from his late mother, Marika Mitsotakis. And they were actually prepared by a Cretan cook. Guests enjoyed:

For main course there was roast Cretan lamb with potatoes followed by kataifi with mastic cream and rose ice cream for dessert. (Source: tovima.gr).

I would have been equally excited if the food chosen was from another part of Greece.

The bottom line is that Greek cuisine was given pride of place. Our kitchen. It’s what we have, it’s what we offer. And it’s not bad at all – no, seriously, it’s considered one of the best in the world.

And yet, despite all this, so far it has not been properly honored. Why is it that in Greece, in such contexts, we usually offer, for example, French, Italian, Chinese cuisine, etc. and not Greek? What is the logic?

It was time. Hopefully this righteous choice by the Prime Minister will start a trend in restaurants, hotels, and everywhere. The results will be spectacular: And foreign visitors will go crazy – they don’t go to Greece to eat Italian food… And the agricultural economy and the livestock industry will thrive.

No wine has been served because the Crown Prince is not – publicly? – to drink alcohol. If he was drinking, I believe they would have offered only ouzo and Greek wines.

Exciting times ahead for the B&G Reserve Varietal range