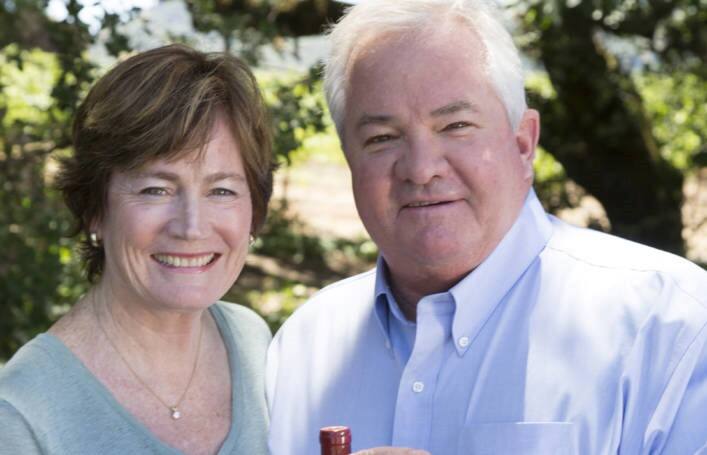 The Wine Library screens a documentary on the Wetzel family

As part of its 2022 Visual Oral History series, the Sonoma County Wine Library Association will spotlight the Wetzel Family of Alexander Valley Vineyards at 7 p.m. on June 9 at the Healdsburg Golf Club clubhouse in Tayman Park.

The evening includes a premiere screening of “A History of Family Winemaking and the Founding of Alexander Valley Vineyards,” featuring Hank and Linda Wetzel. After the screening, producer Jeff Davis will host an informal Q&A session. The Wetzels will serve their wines at the reception before the movie.

The Wetzel family have been part of Alexander Valley since they bought their original property in 1962 and planted vines there. Hank and Linda Wetzel founded Alexander Valley Vineyards in 1975. Entering its 60th year on ownership, the winery remains a family business, now in its fourth generation.

Tickets are $40, including two glasses of wine. To register: go to sonomawinelibraryassn.org and click Events. 927 S. Fitch Mountain Road.

Family dinners with Bricoleur this summer

Bricoleur Vineyards will be hosting a series of family dinners this summer, starting at 5 p.m. on Friday, June 10, at Windsor Vineyard.

Friends and family will gather for an evening of wine, charcuterie boards, garden-fresh salads, wood-fired pizzas and handmade pastas.

Tickets are $85. People with dietary restrictions can contact the winery in advance at [email protected] To book, go to handymanvineyards.com and click Events. Other family-style dinners will be held on July 29, August 26, September 23, October 28 and December 2.

Frank Family Vineyards will honor Father’s Day with two barbecue chefs teaming up for a wood-fired barbecue dinner from 6-8:30 p.m. on June 17.

Hosted by founders Rich and Leslie Frank and winemaker Todd Graff, the meal will be accompanied by Cabernets, Zinfandels and more from the Frank family. The evening will also include grilling demonstrations and musical entertainment.

Tickets are $350. To buy, go to frankfamilyvineyards.com and click Events. 1091 Larkmead Lane.

The Napa Valley Film Festival will celebrate the launch of a new Netflix series, “Iron Chef: Quest for an Iron Legend,” at CIA in Copia on June 15, the same day the series is released.

The event will kick off at 6 p.m. with a screening of the eight-part series finale which follows a challenger chef who takes on five legendary chefs in a quest to be named “Iron Legend.” A Q&A will follow with chefs Gabriela Cámara, Dominique Crenn, Marcus Samuelson and Ming Tsai, show hosts Alton Brown and Kristen Kish and the final challenger.

A special VIP dinner at 7:30 p.m., served by the Culinary Institute of America, will celebrate the final dishes.

Tickets are $250, with proceeds going to Cinema Napa Valley, a non-profit organization whose mission is to celebrate the cinematic arts and enrich the community by presenting a world-class annual festival and educational programs and awareness throughout the year.

To book, go to bit.ly/3x3OiLL. The CIA in Copia is located at 500 First St. For more information, visit napavalleyfilmfest.org.