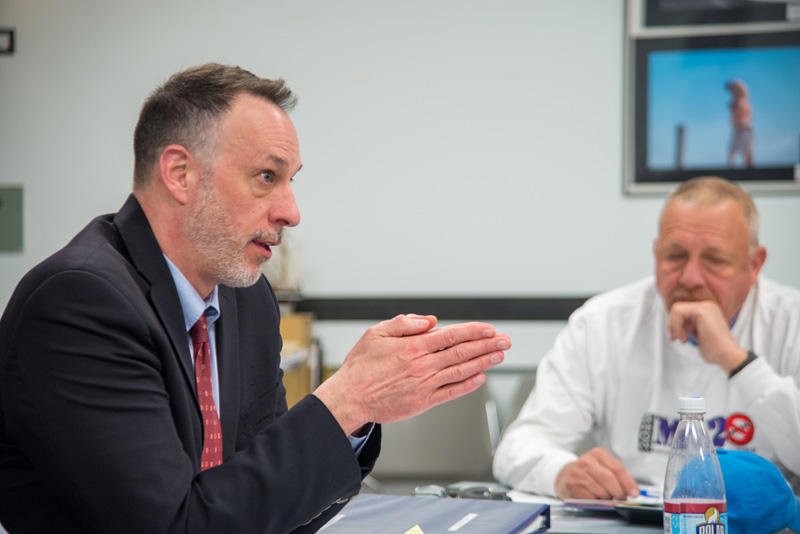 Matt D’Andrea has been offered the post of Superintendent of Wareham Schools.

D’Andréa was one of two finalists for the position and was selected by the Wareham School Committee on Thursday evening. D’Andrea still has to negotiate a contract with her new employer.

“I’m excited about it,” D’Andrea told The Times. “As I said to the Wareham School Committee last night, I remember leaving Wareham in 2006. They didn’t do an exit interview, but they gave you a form to fill in explaining why you go. I wrote that I hoped one day to be able to return to Wareham in some other capacity. I always remembered that.”

D’Andrea has served as superintendent of the island since 2015. Prior to that, he was assistant superintendent of the vineyard. But he cut his teeth as an educator on the south coast of Massachusetts. He was a teacher in Wareham and headmaster of the Old Rochester Regional School District.

“I am delighted to return. I feel like that’s where I learned to be a good educator,” D’Andrea said.

D’Andrea defeated Wareham assistant superintendent Andrea Schwamb. When asked if she would stay, D’Andrea replied, “I hope so, but I know she was looking for a superintendent position.”

As for Martha’s Vineyard, if negotiations are successful for D’Andrea, he will leave at the end of the school year.

He would be leaving at a busy time for Martha’s Vineyard Public Schools – Tisbury is about to start construction on a $55 million renovation and addition; the Island considers how to fund a new high school; a controversial land project is before the Oak Bluffs planning board; and teachers go to mediate over stalled contract talks.

D’Andrea would not speculate who could replace him on the island, but said there are candidates in the district who could step in.

“There are definitely some very talented people on our current staff who would be great superintendents who would likely bring skills that I didn’t have or don’t have that would strengthen the district in other areas,” said he declared. “There is a talent pool in our current staff.”

D’Andrea’s son is a senior at Martha’s Vineyard Regional High School. In an earlier interview, he said it was one of the reasons he and his wife decided it would be good for him to continue Wareham’s work.

The Vineyard, he says, will always hold a special place for him. “I will always come back,” he said. “It’s a beautiful place.”