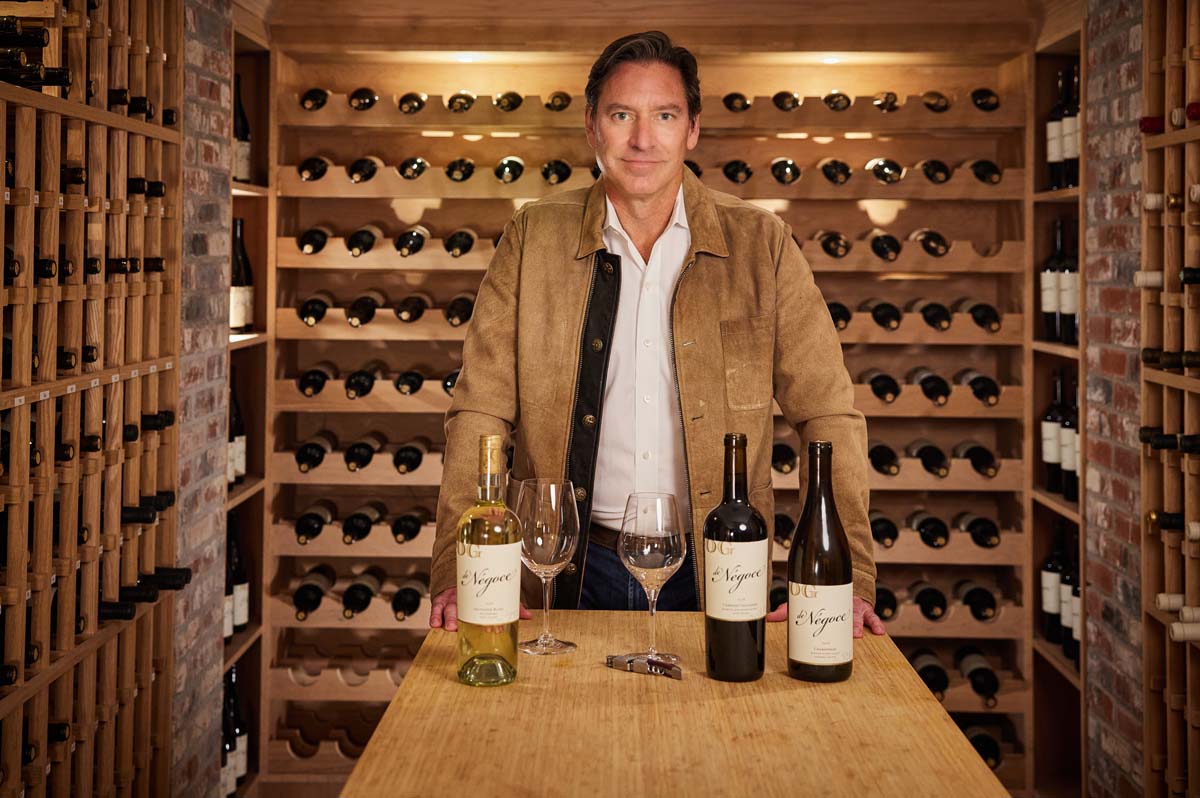 Wine can be an enjoyable drink (at least) or a liquid work of art (at best), but it’s often a platform for bragging rights. Otherwise, how do you explain a sane person spending thousands of dollars on a bottle of Screaming Eagle or Chateau Lafite-Rothschild and being grateful for the opportunity to do so?

While winemakers can get poetic about terroir, brand image often determines a wine‘s selling price. The unpopular truth is that wine is only “worth” what someone is willing to pay. Twenty years ago, Jancis Robinson MW calculated that it cost less than $10 to make a bottle of Bordeaux Grand Cru Classé (excluding the cost of land, which in most cases has been owned by the same families or companies for centuries ). The fact that these wines often sell for 10 to 100 times that amount reflects market trends.

Cameron Hughes agrees with the proposition that wine costs more to promote and market than to manufacture. For the past two decades, Hughes has operated as a notstargociant in the European tradition – buying surplus wine from producers and reselling it to consumers at a steep discount. His timing has been impeccable, given that many top estates on both sides of the Atlantic have had a glut of fine wines in recent years. The first Cameron Hughes wines were aimed at retail stores, but he is increasingly focusing on selling directly to wine lovers via the Internet.

His latest venture is de Négocé, which Hughes modestly advertises as “the future of wine.” By removing layers of middleman profit, he is able to offer exceptional bottles at 60-80% less than MSRP. Consumers who buy wines forward (after Hughes closes the deal but before the wine has been bottled or is ready to ship) can save even more. Is there a catch? Not really, but somehow. You have to know him and trust him, for one thing; for another, you lose those bragging rights.

After following Hughes from a distance for a number of years, I finally had the opportunity to sample a trio of his current releases. Lot 207 is a 2019 Willamette Valley Chardonnay from the Yamhill-Carlton district, which Hughes describes as a “baby Montrachet.” Light, lively and lyrical, it begins with a nose reminiscent of French oak, lemon and vanilla. The mouthfeel is discreet at first, but the wine opens up on the mid-palate to reveal notes of pear, citrus and baked apple. This $45 bottle is available from de Négocé for $16, or $9 in futures.

Lot 176, a 2019 Russian River Valley Pinot Noir from Sonoma, has an attractive nose with aromas of spicy red fruits and Darjeeling tea. On the palate, the wine is medium-bodied and perfectly balanced, with good acidity and all the spice promised on the nose; feather-light flavors of strawberry and red raspberry linger on a memorable finish. According to Hughes, this wine has won medals in competitions and scored between 92 and 94 critics’ points, at a retail price of $60; its price is $25, or $15 as a future.

Lot 250, a 2019 Hillside Cabernet Sauvignon from a Rutherford producer “with a long and storied history,” has an opaque inky black color and aromas of new oak, blackberry and pepper on the nose. Full-bodied and elegant on the palate, it reveals plush old vine fruit and rich flavors of chocolate, dark berries, anise and herbs, culminating in a graceful finish. A single-vineyard Cabernet normally sells for $150, Hughes sells it for $49 ($30 eventually).

Each of these wines was a classic example of its type, and all three were delicious. If you’re used to popping into the neighborhood wine shop at the last moment to buy something to drink with dinner, the online ordering process is obviously not for you; otherwise, you can snag some serious values.

Mark Spivak specializes in wine, spirits, food, catering and culinary travel. He is the author of several books on distilled spirits and cocktail culture, as well as three novels. Her first novel, devil’s friend, has been re-released on Amazon in print, e-book, and audiobook formats. Did America’s Greatest Leader Make a Deal With Satan for Fame and Fortune?