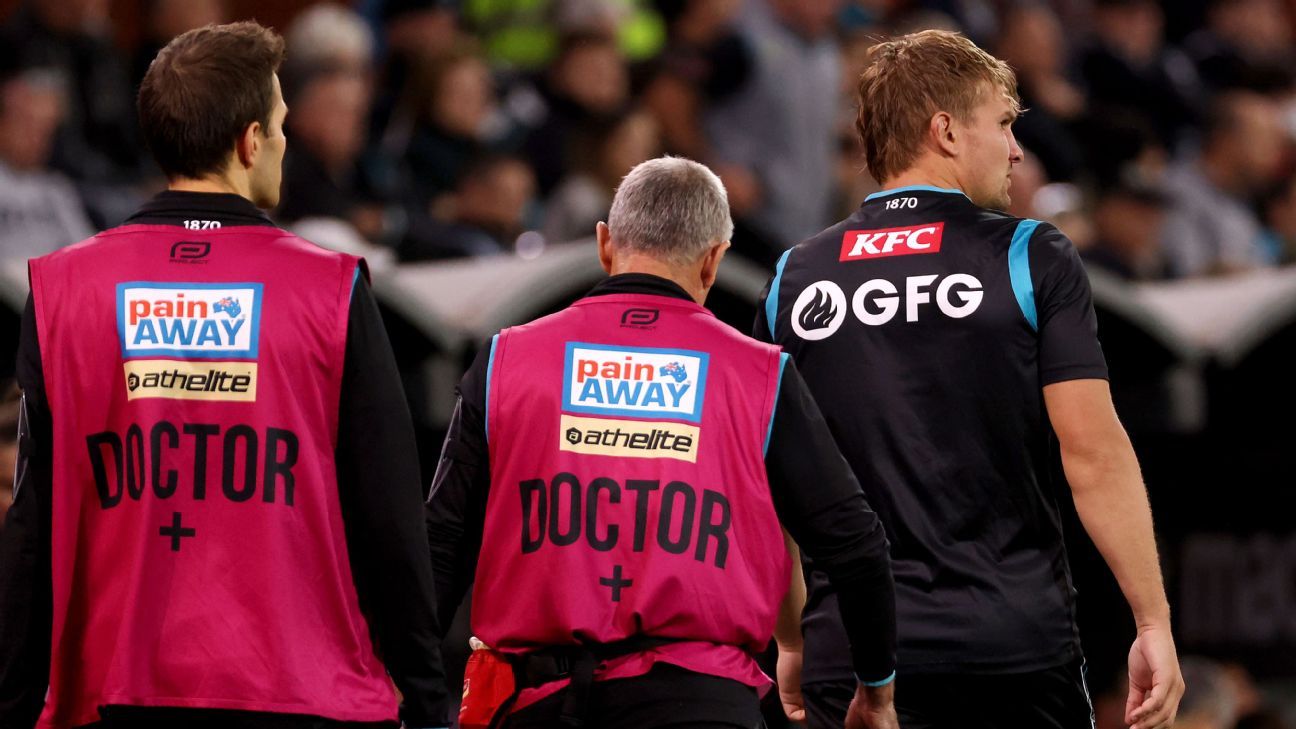 Wines was substituted in Port’s loss to Melbourne last Thursday night and was hospitalized overnight for tests.

He was diagnosed with a heart irregularity but says the problem has been resolved, although he will be tested further during the week.

“There were a few small issues but they have been fixed now.

“I’m going to miss this week (against Carlton) at this point.

“There are other tests to look at this week just to get an idea of ​​a schedule, but hopefully I don’t (miss) too much footy.”

Wines admitted the nature of his issues during Thursday night’s game was initially concerning.

“It was during the game, then after the game… they rushed me (to the hospital) when they saw something was wrong.

“But the staff (at the hospital), the cardiologist and the nurses there, were so reassuring and really reassured me.”

Wines’ absence for the MCG clash against the Blues is another blow to Port, who are the only club without a win after four rounds.

Forwards Charlie Dixon (ankle) and Orazio Fantasia (knee) have yet to play this season and will be out for at least another month.

Australian backman Aliir Aliir is recovering from ankle surgery and is expected to miss another fortnight.