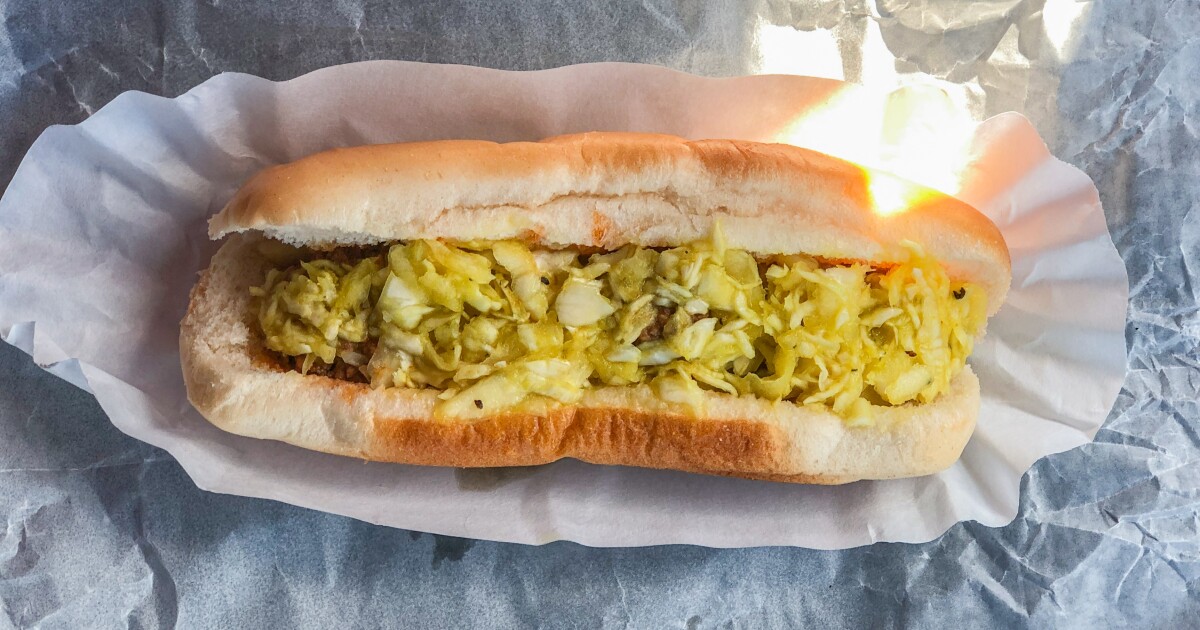 A Winter Hike, Homemade Wine, and the Story of Cabbage Dog Marmet

For some, winter can be a harsh, dark and cold time. For others, spending time outdoors in the winter is a powerful experience. Going outside can also be a way to reduce stress. In this episode of Inside Appalachia, we will go outside in a cold and cool forest on a winter hike.

We will also learn about a group of Italian immigrants who escaped religious persecution and moved to the mountains of North Carolina. They brought cultural traditions, including winemaking, to this small pocket of Appalachia. And we’ll also feast on a city’s version of the classic West Virginia Cabbage Dog – the “Yellow Marmet Cabbage Dog.” The dish has been around since the 1930s but isn’t widely known outside of the small town in Kanawha County where it’s made.

The forests don’t have many plants growing now, but later this summer they will be teeming with life. Some of these plants are even foods you can eat, such as elderberry, which is believed to have health benefits. Herbal remedies, like elderberry syrup, have seen a renaissance in recent years, for example. Industry trackers have reported an explosion in sales and prices, but these remedies have been a pathway to wellness and independence in Appalachia for centuries.

Andy Kubis, a producer from The Allegheny Front, went on a winter hike with Gabi Hughes, an environmental educator at Beechwood Farms Nature Preserve north of Pittsburgh. The reserve is managed by the Audubon Society of Western Pennsylvania. Their goal was to find out what there is to see and hear during the colder months of the year.

The Rebirth of the Yellow Cabbage Dog

Have you ever heard of the yellow cabbage dog Marmet? The dish has been around since the 1930s, but isn’t widely known outside of this small town in Kanawha County. Folkways reporter Zack Harold dug into this story. He called Caitlin Tan, co-host of Inside Appalachia, to talk about this unique take on the iconic West Virginia hot dog. Click here to see the abbreviated Yellow Cabbage Dog recipe.

In the 1890s, a few dozen Italian immigrants settled in Valdese, North Carolina. They built collective bread ovens, made a special type of sausage, played pétanque and made wine. Rebecca Williams has the story.

Our theme music is by Matt Jackfert. The fiddle music you heard on today’s show comes from field recordings archived at the Augusta Heritage Center, recorded in the 1990s by Gerry Milnes. Other music this week was provided by Dinosaur Burps, Dr Turtle and Jason Shaw.

Roxy Todd is our producer. Eric Douglas is our acting executive producer. Kelley Libby is our editor. Our audio mixer is Patrick Stephens. Zander Aloi also helped produce this episode. You can find us on Twitter @InAppalachia.

You can also email us at [email protected].

Things to do in Spokane Jan. 14-21 — Drop in and RPG, Thai and Moroccan cooking class, SCORE