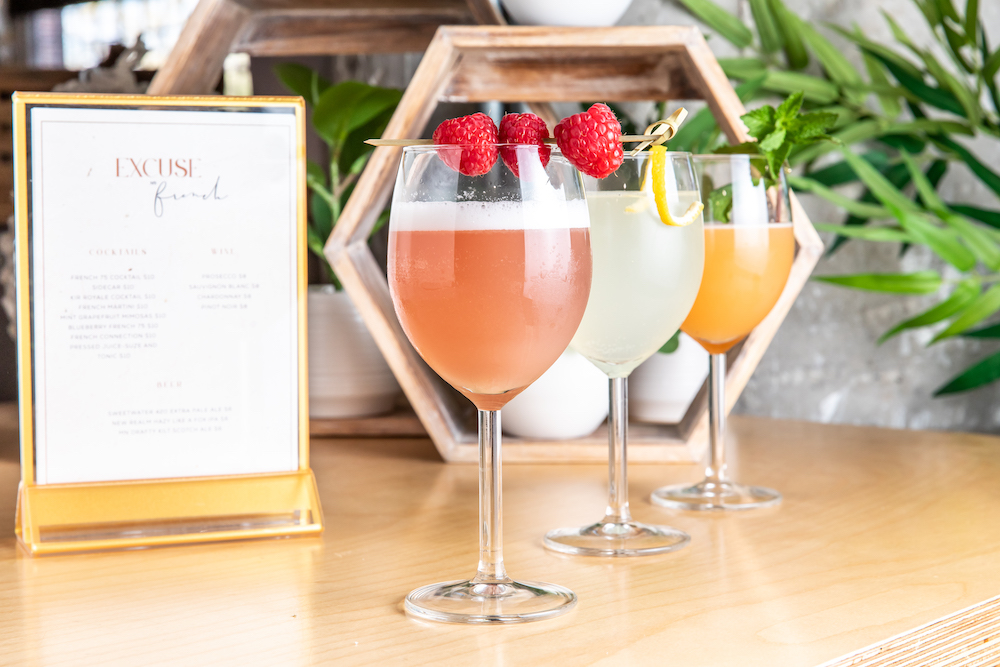 A quiet bar, Excuse My French, pops up at Citizen Supply in Ponce City Market

Aaron Mattison, CFO and co-founder of Bar Vegan, launched a pop-up French bar at Ponce City Market last week, and it’s about as different from Bar Vegan as it gets. A “boho, feel good” spot called Excuse My French, it is inspired by Mattison’s Parisian trips when he was in business school.

“I remember how many little bar-style cafes I used to go to study at,” he says. “Citizen Procurement [an artisan market where Excuse My French is located] gave me the same feeling, where you can walk around, shop, take out your notebook and have a drink. It’s super relaxing.

Unlike Bar Vegan, also on the second floor of Ponce City Market, which calls itself a “theater bar”, Excuse My French aims to provide quiet respite with a minimalist vibe.

“It’s so different. It’s just supposed to be a good neighbor to Ponce while Citizen Supply is getting a refresh,” says Mattison. (The store changed hands in January, with Ponce City Market taking over from founder Phil Sanders .)

As such, he plans to operate Excuse My French from Thursday to Sunday until the end of the summer. On “Sip & Shop Saturdays,” shoppers can enjoy $8 mimosas and a Bellini bar, in addition to menu staples like the Kir Royale, French Martini, and Blueberry French 75. Created by Beverage Director Crayton Peterson, the drink list is as concise as the space. Expect just four wines (including prosecco), three beers, and eight cocktails. At the end of the month, the team will add snacks like peanuts, pretzels and cheese platters to the offerings. The space can currently accommodate 15 people at the bar. Soon, it will expand to accommodate 22 people.

Likewise, Bar Vegan is experiencing some changes. On April 28, a new menu will launch with old favorites, plus additions like Brussels sprouts, onion rings, flatbreads, pastas, salads and shrimp tacos.

See the full menu below. (Tap to enlarge.) 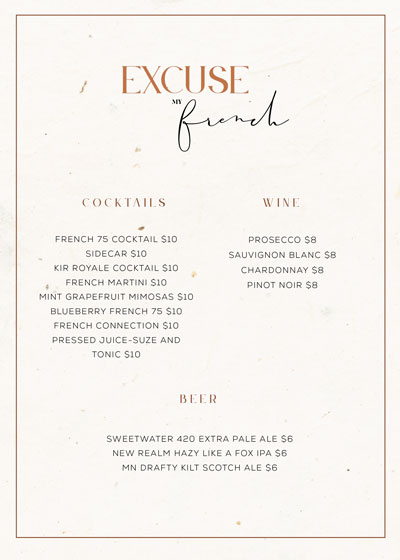 Mercat in 1915, a cafe bar, cafe and market, opens in Poughkeepsie