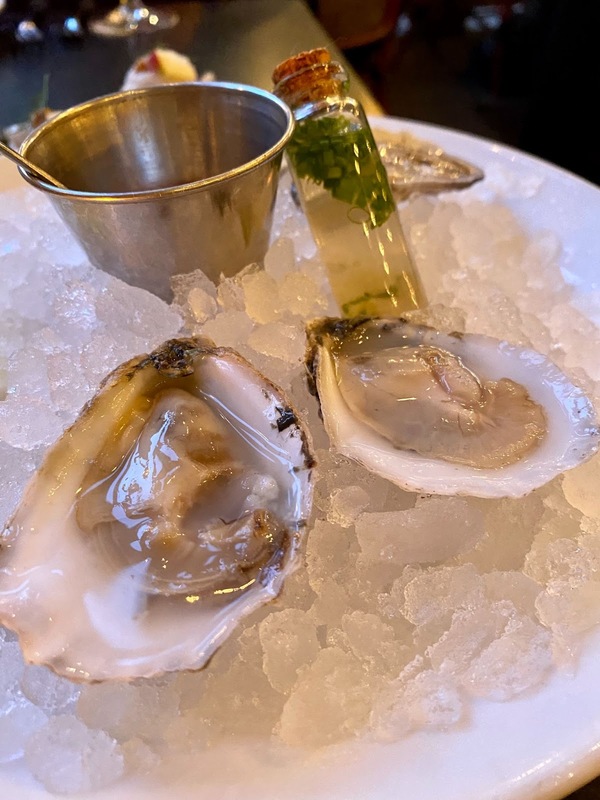 The historical secret of Harvard Square

By Cathy Cai and Tai Zheng

Tucked away in a quiet corner of Harvard Square, Harvest offered a surprisingly dynamic dining experience. Boasting a carefully curated menu featuring seasonal specialties, Harvest has provided a welcoming atmosphere in which to enjoy contemporary New England cuisine since 1975. The restaurant has inspired many chefs, and it was even frequented by celebrity chef Julia Child during his stay in Cambridge. Harvest has many regulars and the kitchen often adjusts recipes based on feedback from their diners.

We were warmly welcomed and seated next to the fireplace on the heated back patio. While the fireplace made our table unusually warm, the patio as a whole was very well decorated, with flowers, trees and fairy lights.

The dinner menu was relatively small, but it was easy to tell that each course was carefully chosen to showcase Harvest’s culinary talent and freshness. The manager informed us that the menu changes seasonally and that many ingredients were hand-picked, sourced from local suppliers. It was a stark contrast to the drinks menu, which featured a long list of cocktails, beers, wines and spirits from around the world. (20 pages were devoted to wines alone.)

For drinks, Cathy ordered the Pigeon Cove Kombucha, which was advertised as a jasmine and lavender kombucha from Gloucester, MA. She got a blueberry cinnamon kombucha instead, which we later learned was because the paper menu didn’t change quickly enough to reflect seasonal menu changes. Although Cathy isn’t a big fan of cinnamon, the kombucha notes were subtle enough to keep the drink enjoyable. Tai enjoyed a glass of Merlot Blend. Merlot is generally a dry wine, but the blend provided notes of sweetness that made it a good cleanser for rich food.

We started with east coast oysters, scallop crudo and pumpkin caviar soup. The selection of oysters came from Martha’s Vineyard as well as Virginia’s Chesapeake Bay and came with a rose petal reseda deliciously presented in a nautical glass jar with cocktail sauce and lemons. The freshness of the oysters really shone through, and it was easy to distinguish between the two varieties as the New England oyster was sweeter than its more brackish southern counterpart. The Sea Scallop Crudo was a delicately balanced tower of thinly sliced ​​apple sticks, smoked crackers, bacon and onion jam and fresh scallops. The scallops tasted light and refreshing, although the crackling overwhelmed the scallop itself. The smooth and creamy pumpkin soup was topped with thick bits of bacon and topped with caviar and chives, overriding the richness of the soup.

While we waited for entree, the executive chef came to greet us and surprised us with a complimentary scallop platter with caviar, grilled onions and smoked crackers. The scallops were tenderly cooked and paired well with the caviar and grilled onion.

For entree, Cathy had the Pat LaFrieda 12 oz striploin with hasselback potatoes and broccoli on the side. The broccoli rabe was charred and topped with crispy bacon bits and a creamy bacon grease aioli, which nicely cut through some of the bitter notes of the broccoli rabe. The steak was cooked to perfection and sat on a savory pepper sauce. With the large portions, the meal was very filling and left a bit more to be desired.

Tai ordered the beef bourguignon, one of Julia Child’s signature orders. Beef bourguignon is a traditional French dish, which Harvest presented with elegance. The delicious bone-in simmered prime rib lay on a bed of lemon-thyme mashed potatoes and was surrounded by honey-glazed carrots. The tender meat fell easily from the bones after being simmered in red wine, broth and herbs for hours. Compared to the striploin, the portion sizes were smaller, but everything was perfectly cooked and all the parts complemented each other equally.

For dessert, Cathy had Bananas & Barley, a banana cake topped with a ring of thinly sliced ​​bananas and drizzled with caramel. It was surrounded by lovely dollops of whipped milk chocolate and lime ganache with a few bits of malted milk crunch and paired perfectly with a scoop of honey barley ice cream on crumbled graham crackers. The star of the dessert was the milk chocolate ganache, which wasn’t too sweet and tasted exactly like biting into a chocolate bar. The banana bread itself was a bit dry but still tasty and worked well with the creamy toppings. Meanwhile, Tai finished her meal with the coconut cheesecake. The cheesecake was placed on a sheet of coarsely ground graham crackers, topped with pieces of coconut streusel and passion fruit, and served with a hibiscus mezcal sorbet. The cheesecake wasn’t too heavy and played up the coconut and passion fruit flavors well. The flavor of the fruity sorbet was dominated by the mezcal, but it provided a nice contrast to the rich cheesecake.

Overall, Harvest was a delicious fine dining restaurant with well-crafted dishes showcasing seasonal and regional specialties. It might be a little pricey for students, but we think the classy atmosphere and interesting dishes make it a worthwhile trip for special occasions. Next time you’re in Harvard Square and feeling a little fancy, be sure to check out Harvest!