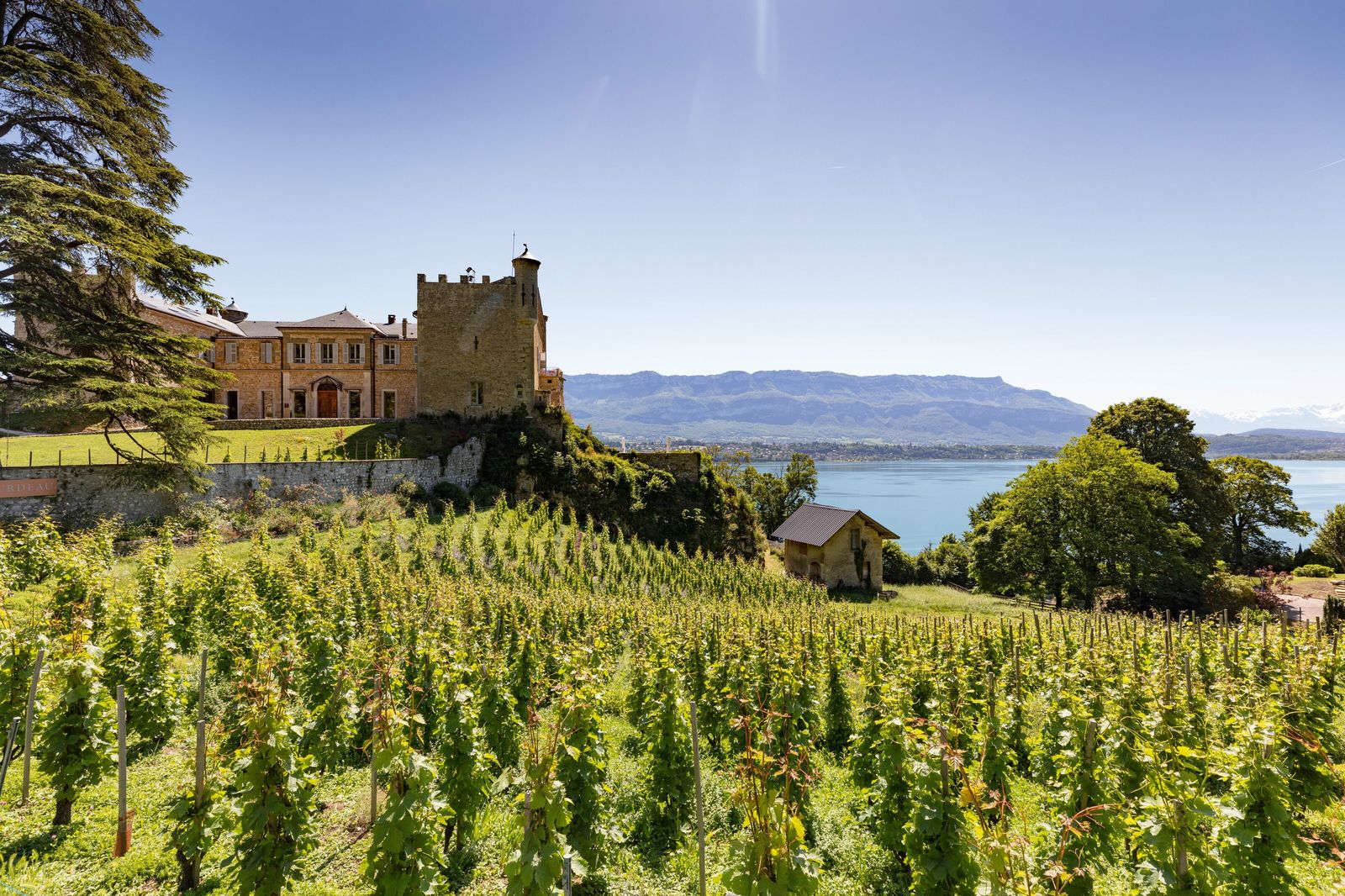 A bike tour of Chambéry Cluse, one of the wine regions of Savoie Mont Blanc

There are over 30 microbreweries in the area. The Brasserie des Cimes, a brewery in Aix-les-Bains, welcomes visitors for tours and tastings. Otherwise, head to Archimalt, a cheerful pub in Saint-Alban-Leysse that serves its house beers on tap.

Finch: After working in Parisian institutions such as Alain Ducasse’s RECH and Maison Lasserre, starred chef Adrien Trouilloud now runs this establishment in downtown ChambÃ©ry. The inventive menu features French specialties such as simmered snails alongside Mediterranean and Middle Eastern ingredients including feta, halloumi, and hummus.

The Moulin de LÃ©rÃ©: Above the Michelin-starred restaurant, this charming intimate inn – a renovated 17th century wooden mill in Vailly – has five themed rooms, with views of the countryside and the peaks that surround it. Its location is ideal for nature lovers, who can explore the Chablais Alps, which dominate the surrounding landscape, or head towards Lake Geneva, located just 20 minutes away by car. From â‚¬ 90 (Â£ 75) in low season.

Located in the south-east of France, in the heart of the French Alps, Savoie Mont Blanc is a region which brings together all the resorts, towns and villages of the departments of Savoie and Haute-Savoie.

The region is easily accessible by train or plane. New Jet2 flights will connect London, Leeds, Bristol, Manchester and Birmingham to ChambÃ©ry from December 2021 to mid-April 2022.

The Savoie wine region is divided into three zones: Cluse de ChambÃ©ry & Combe de Savoie, just south of ChambÃ©ry; Chautagne and Jongieux, around Lac du Bourget; and Leman and Arves, further north around Lake Geneva. To discover the Cluse de ChambÃ©ry, rent electric bikes at the Synchro VÃ©lostation de ChambÃ©ry; from there it takes about an hour and a half to cycle to Lake Saint AndrÃ© (following the marked route of the Savoy Wine Route, travelers can take a larger loop to Freterive).