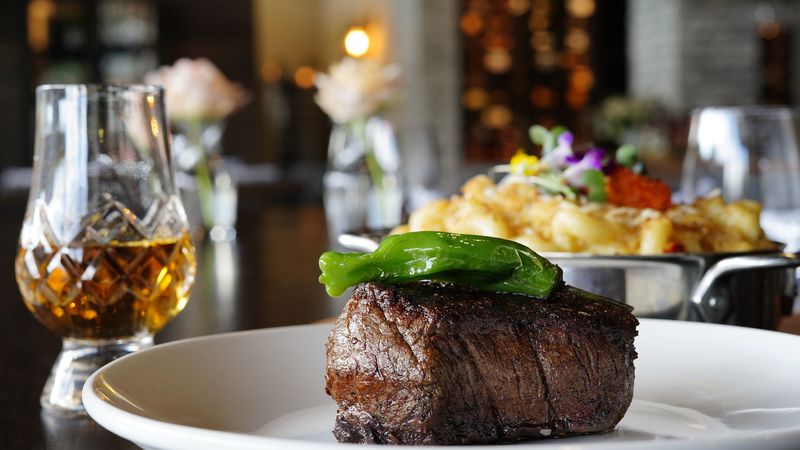 5 things to know about the Battery, now open at Sparkman Wharf in Tampa

TAMPA – Every week it seems like something new is shaking up near Tampa’s bustling Water Street development and Sparkman Wharf.

The Battery, a bourbon-centric restaurant and cocktail bar, is downtown’s newest addition. This is the second restaurant concept of Danna Haydar, who in 2018 opened The C House, a restaurant in Seminole Heights where the emphasis is on cold cuts, champagne and cheesecake.

Haydar, who worked as an attorney for the Tampa Bay Lightning for seven years, said Sparkman Wharf’s location and proximity to Amalie Arena seemed like a natural fit for her second restaurant.

Here’s everything you need to know about the bustling new dock location.

It is not in a shipping container.

Unlike many of the fast and casual dining concepts that line the waterside dining room, the Battery’s 4,000 square foot space includes a full restaurant and cocktail bar. The building is located in the center of Sparkman Wharf in the space that once housed Wet Willie’s frozen daiquiri spot.

Haydar said she designed her second concept as something of a C House sibling restaurant.

â€œI wanted to have parallels with C House, but I also wanted it to have its own identity,â€ said Haydar.

The restaurant’s renovation includes floor-to-ceiling windows overlooking Ybor’s Quay and Swing Pool, and features two retractable garage doors that open onto the main plaza. There is a central bar, which anchors the room to the front and back, there is a large open wine display, a whiskey cellar and a private party room called the Den.

There is a big focus on bourbon, and it’s going to get bigger.

Why open a bourbon-focused restaurant?

â€œIt was natural considering that I love bourbon and drink it every week,â€ said Haydar. “I just think it’s fun and there’s such a big draw to it.”

Haydar also pointed out that while other restaurants with a focus on bourbon exist in the Tampa Bay area, there aren’t any in downtown Tampa or near Sparkman Wharf.

Before opening the restaurant, Haydar devised a bourbon and whiskey menu that would include 130 to 140 different bottles. Current shipping and supply setbacks due to the pandemic means restaurant opens with a slightly shorter list, which Haydar says will grow over time.

For starters, the list includes around 110 different bottles, with a particular focus on bourbon and rye as well as several Irish, Japanese and Canadian whiskeys. Connoisseurs of dark liquor can expect a good selection of high-end options, including a Pappy Van Winkle 10 Year Bourbon and a WhistlePig 12 Year Rye.

For wine, think of California.

The wine list focuses on the Napa Valley and wines from the popular wine region. Napa Cabernet Sauvignon highlights the menu, but the menu also includes a selection of California Sauvignon Blanc and Chardonnay as well as several wines from Italy and France.

As with the bourbon list, Haydar said the wine selection started out smaller than expected due to supply difficulties. The list (which currently has around 30 bottles, including 16 by the glass) will continue to grow in the weeks and months to come.

The menu features some of C House’s favorites.

Fans of C House will be happy to hear that this restaurant’s popular deli program is also popping up here. The sumptuous planks offer selections of three meats and cheeses ($ 18) or five ($ 28) and are decorated with mustards and preserves, honeycomb, pickled vegetables, fruits, nuts and crostini.

A selection of small plates and snacks to share include flights of stuffed eggs ($ 13); sweet chili squid served with garlic and lime aioli ($ 16); seafood-stuffed jalapenos topped with prosciutto and smoked gouda and served with a coriander-lime remoulade ($ 14); and, another holdover from C House, fried cauliflower bites served with ranch or blue cheese dressing ($ 12).

There will be a take-out display (with take-out cocktails).

By mid-October, the restaurant will launch a separate take-out concept called â€œOn the Fly,â€ which will consist of a walk-in window where an abbreviated menu of drinks and snacks will be sold to take out. Deals are still being finalized, but Haydar said customers can expect deli spreads in take-out cones, sandwiches and other hand-made snacks. There will also be wine, cocktails and bourbon pours, so diners can stroll the quayside with a drink in hand.

The craft cocktail menu leans heavily on bourbon and includes drinks like the handful of jam ($ 13) made with homemade tangerine jam, bourbon, honey, fresh lime, and orange juice; the Old Friend ($ 12), a homemade version of an Old Fashioned made with Four Roses bourbon, Demerara syrup and Angostura bitters; and Smoke that Peche ($ 17), a smoky libation with Knob Creek 9-year-old bourbon, smoked peach syrup and peach bitters.

Exclusive news and research on the wine, spirits and beer sector

A great Burgundy vintage on a low budget: wines to buy now